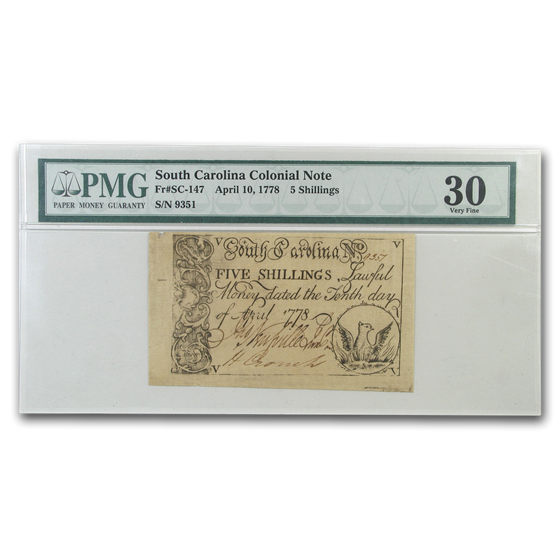 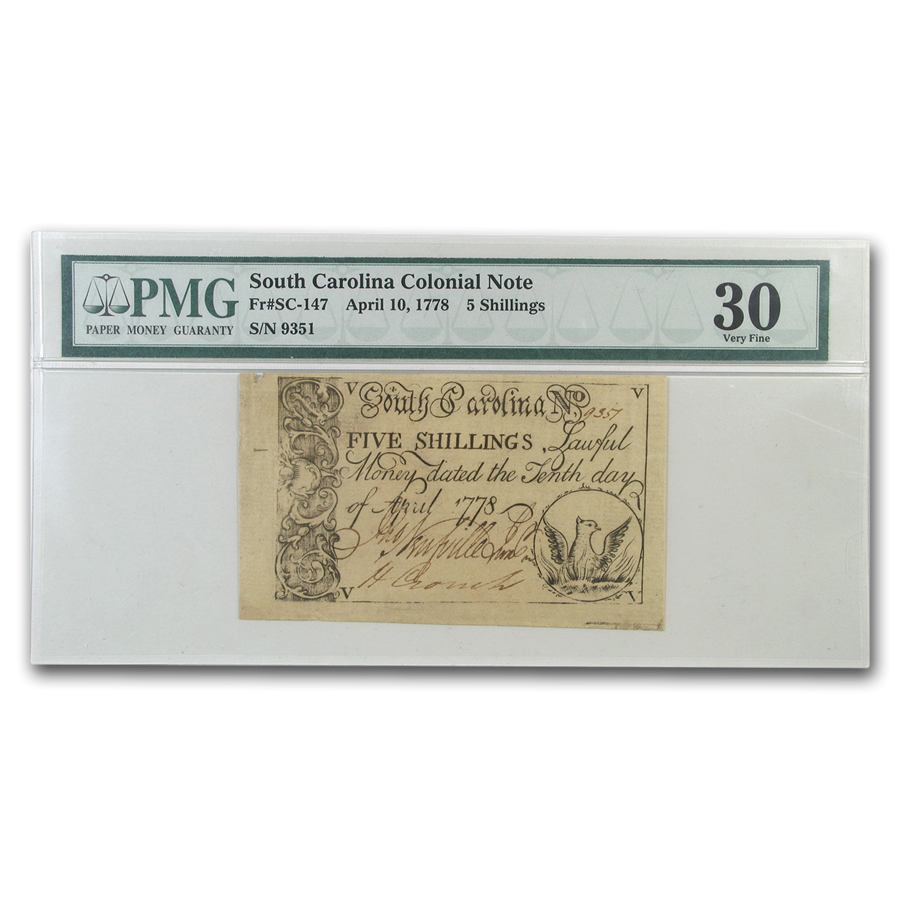 Add this currency note from the revolutionary war to your cart today!

The continental currency system often used Pound Sterling as a unit of account and the notes issued by the States and Continental congress can vary greatly based upon what was available. The amount paid is often variable based upon what was in the local treasury at the time be it Spanish Milled Dollars, Shillings or money used in kind. This note specifically promises the bearer 5 Shillings though the actual payment could stipulate value thereof in whatever was available at the time.