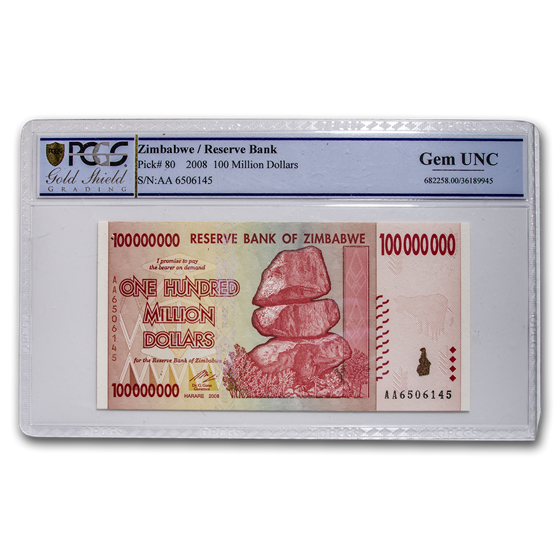 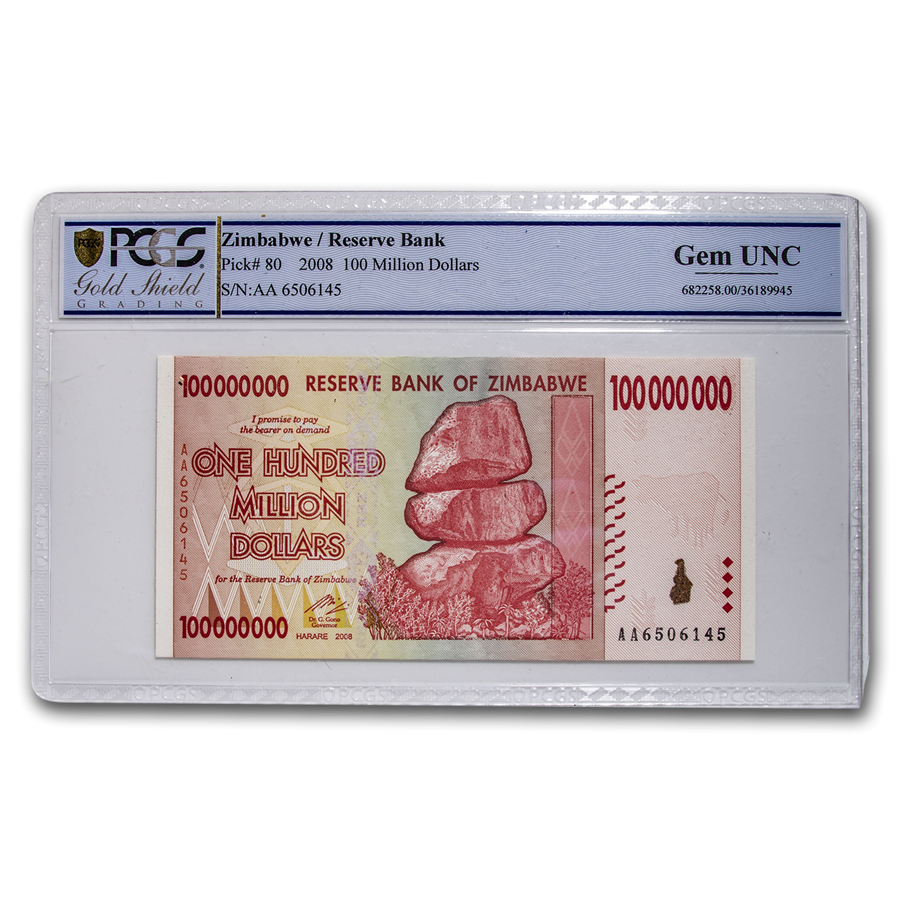 Product Details
Product Details
The Zimbabwe inflationary series has been widely studied failure of fiat currency since the 2008 global financial crisis. These notes where produced in such a large quantity that they were used as billboard paper in South Africa.

Currency Highlights:
Handle your currency with care by adding these cotton gloves to your order.

These notes are the highest denomination banknotes ever printed, making them popular with collectors or great gift items. Add some of these neat conversation pieces to your cart today!

The Inflationary Notes printed by Zimbabwe during the 2008 global Financial recession marked to many a failure of having paper currency backed free floating value. The Zimbabwean government continued to produce these notes until 2009 and the inflationary currency as a whole was devalued in 2014. These notes where widely displaced by the U.S. Dollar which remains the main financial instrument used in the country.