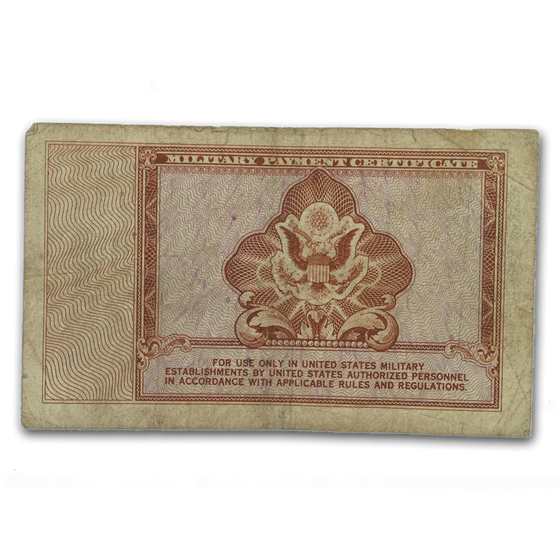 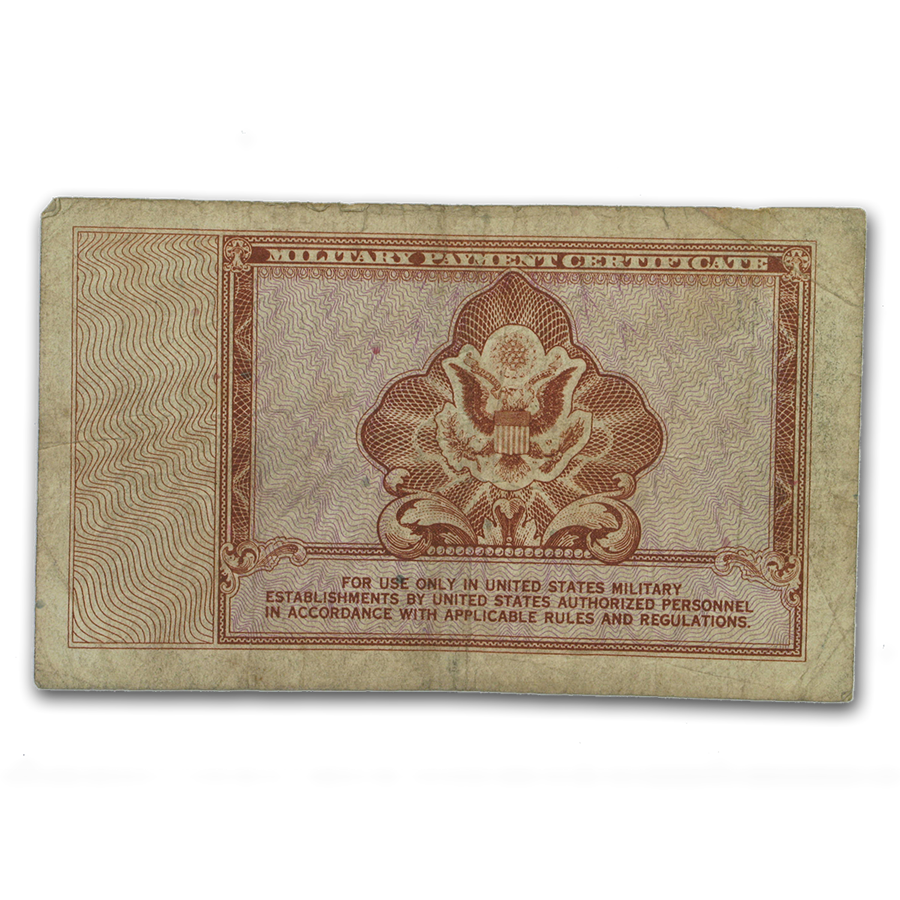 Currency Highlights:
Add several of these MPC's to your cart today!

Series 472 MPC's were ordered on April 9th, 1947. These certificates were issued in denominations of Five Cents through Ten Dollars, and were used in Austria, Belgium, England, France, Germany, Greece, Hungary, Iceland, Italy, Japan, Korea, Morocco, Netherlands, Philippines, Ryukyus, Scotland, Trieste, and Yugoslavia from March 22nd, 1948 until they were withdrawn on June 20th, 1951. The Series 472 Military Payment Certificates were printed by Tudor Press in Boston, Massachusetts. These Ten Dollar MPC's have a front depicting the Great Seal of the United States in blue. Back vignette has another depiction of the United States Seal in brown. The Series 472 Military Payment Certificates are known to have had 3,808,000 finished certificates destroyed at the Bureau of Engraving and Printing.