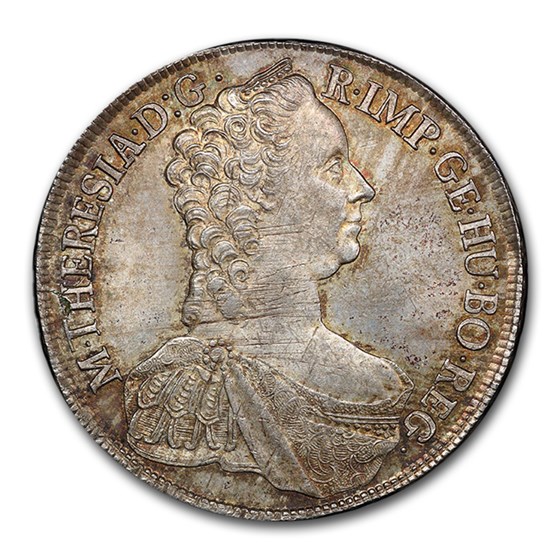 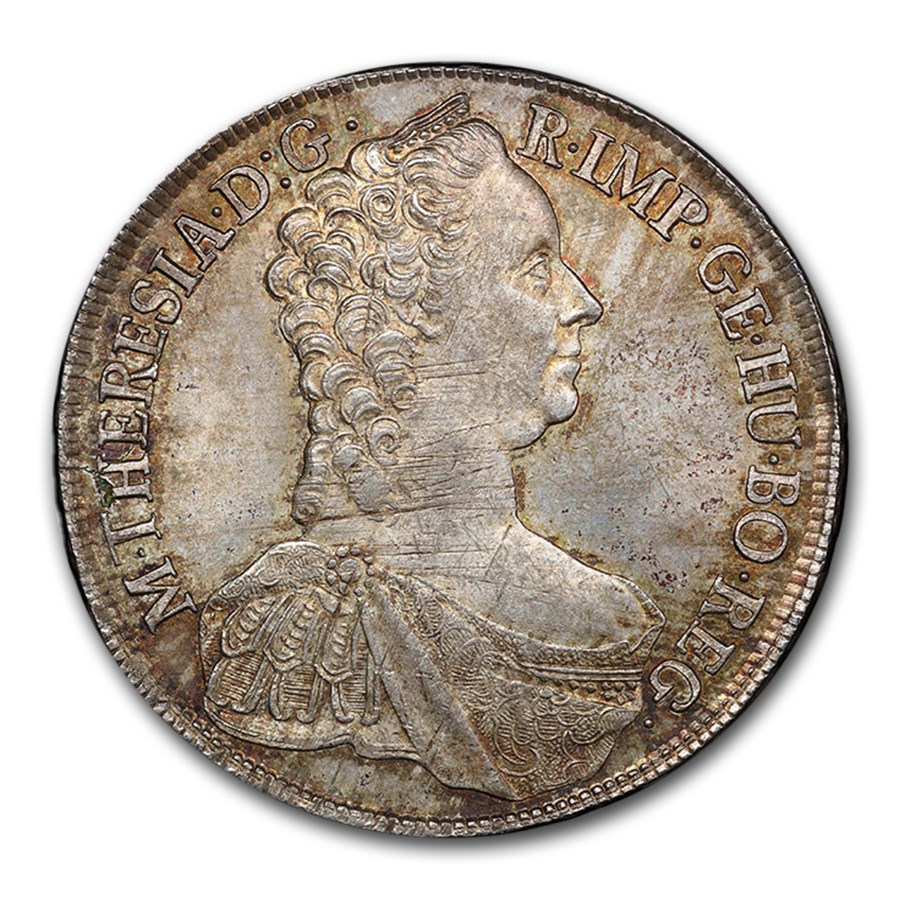 Your purchase will match the quality of the product shown.
Product Details
Product Details
This is an ORIGINAL graded MS-63 by PCGS! One of the early Trade Coins that freely circulated throughout Europe and the Americas. Light original toning and even some light die adjustment marks on the obverse to ensure that the weight was correct.

Protect and display your Thaler in style by adding an attractive display or gift box to your order.

Maria Theresa succeeded her father, Charles VI, as ruler of the Kingdoms of Austria and Hungary in 1740. During her 40-year reign, she defended her empire successfully in the War of the Austrian Succession. The Silver Thaler was the currency of the empire and its dominions.

This coin was one of the most important trade coins in Europe, and one of the best known in the world. The Austrian Thaler and the Spanish 8 Reales were the basis for the Silver dollar which was adopted by the fledgling United States under the mint Act of 1792. In fact, the word "dollar" is derived from the German/Austrian word "Thaler".