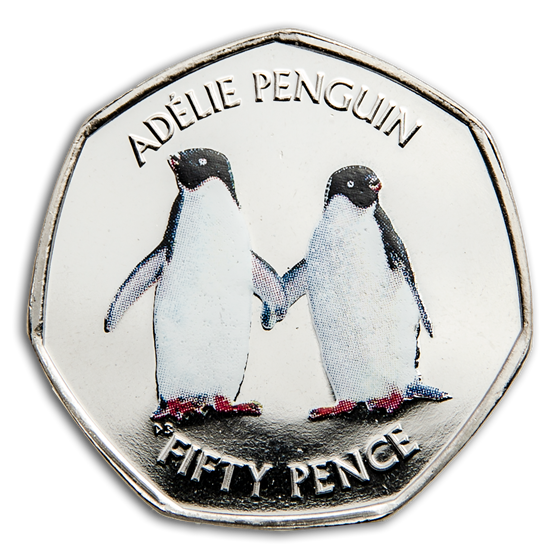 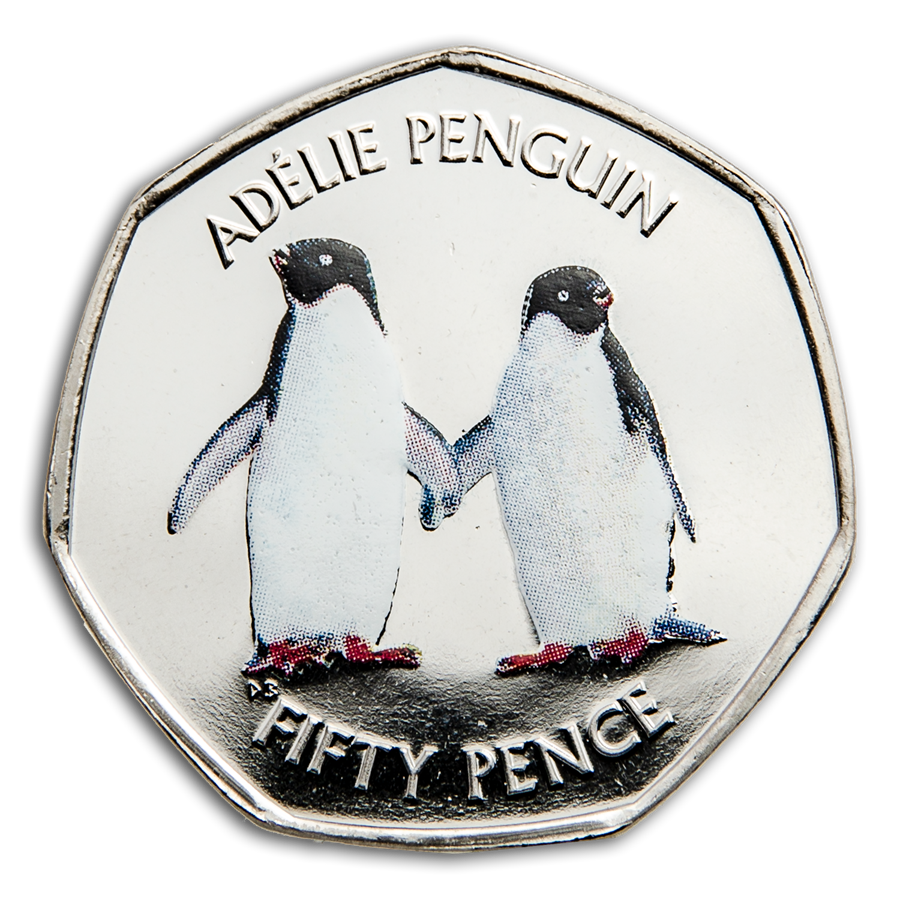 Coin Highlights:
This coin is a fantastic addition to any numismatic collection. Add this 2019 British Antarctic Territory Cupro-Nickel Adélie Penguin coin to your cart today!

Adélies are truly Antarctic penguins, restricted to Antarctic waters. Though one of the smallest species, these penguins definitely have an attitude and are known to attack visiting scientists with their flippers. Found all around the Antarctic continent on ice-free slopes and islands, they are often far from open water.