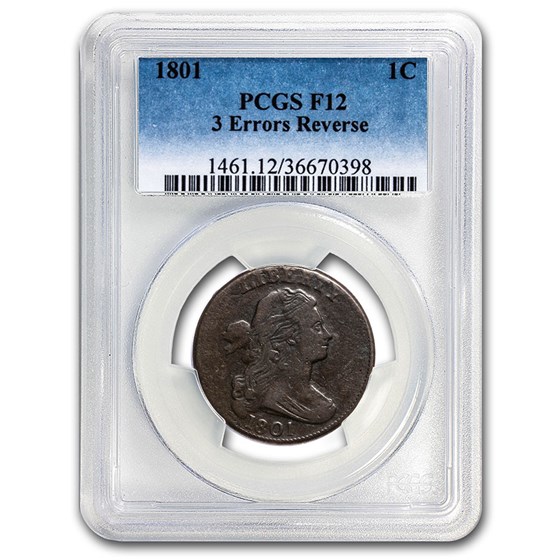 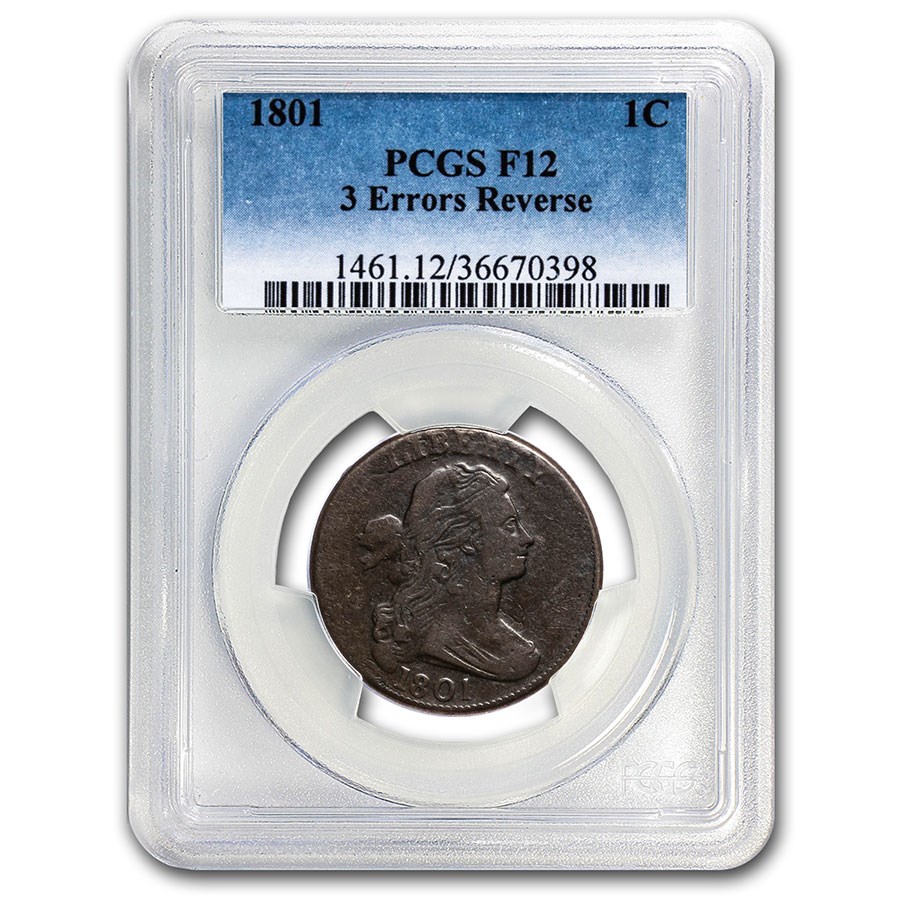 Your purchase will match the quality of the product shown.
Product Details
Product Details
Early American coinage was prone to errors, as epitomized by this piece. This is the 3 errors reverse variety, which has "1/000" instead of 1/100, only 1 stem on the wreath, and "IInited" instead of United in the legend.

Coin Highlights: In the early days of the US mint, errors were somewhat commonplace- especially when compared to the standards that modern mints hold today. Poor machinery, inexperience, and broken dies often yielded numerous varieties in early Large Cents. Notorious to these are the error-fraction dies that appear from 1801-1803. There is the 1/000 fraction, as seen on this coin in particular, as well as a corrected fraction that shows 1/000 with a 1 stamped over the first 0 on the denominator of the fraction. It is believed that all of these dies originated in 1801 and most likely came from the same engraver, and as a result these errors are known to be found on 1801-1803 dated large cents.

Three errors on this coin makes it particularly unique and a great conversation piece for your collection.

Protect your investment in style by adding an attractive presentation box to your order.

Add this certified 1801 Large Cent 3 Errors to your cart today!