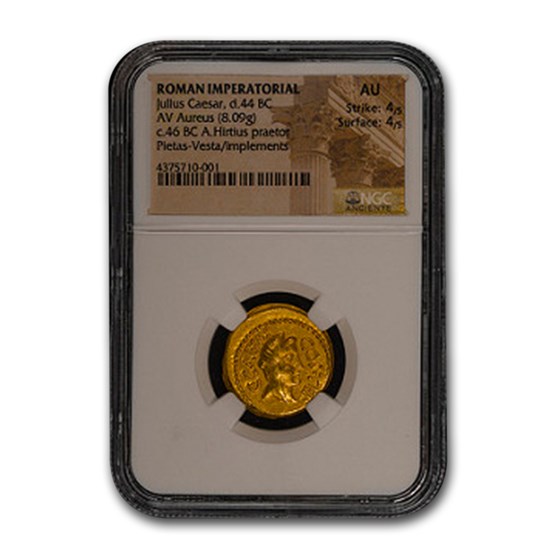 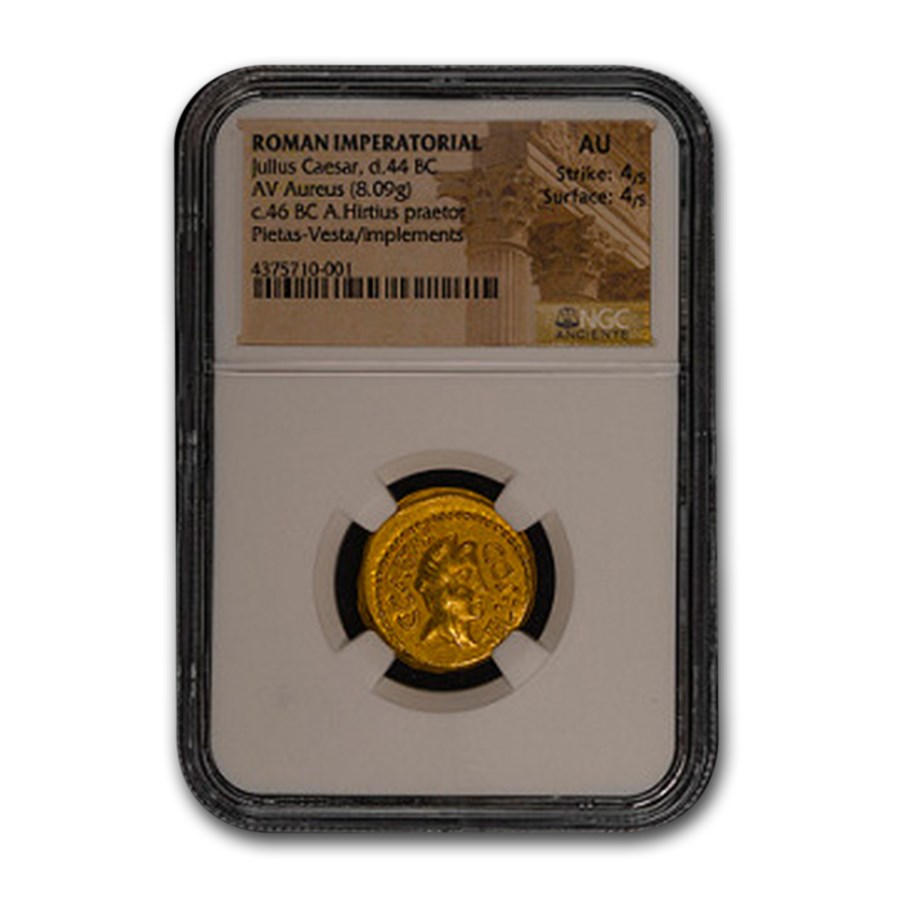 Your purchase will match the quality of the product shown.
Product Details
Product Details
The Gold coinage issued during the reign of Julius Caesar is rarely encountered with many issues having been melted over succeeding years or having been dispersed into collections. This rare issue represents some of the most important coinage of Rome.

Coin Highlights:
Protect and display your Gold Aureus of Julius Caesar in style by adding an attractive display or gift box to your order.

Add this Roman Gold Aureus of Julius Caesar to your cart today!

Julius Caesar was a Roman politician, military general, historian and poet. Caesar came to reign after his expansive, unsanctioned military success resulted in him being summoned back to Rome. Rather than risk being charged with staging unsanctioned warfare, Caesar entered into Roman Italy with his legion and started Caesars Civil War. With a victory, Julius Caesar achieved unprecedented power. His reign consisted of social and governmental reforms that leaned socialistic. The angered wealthy rebelled and had Caesar assassinated.