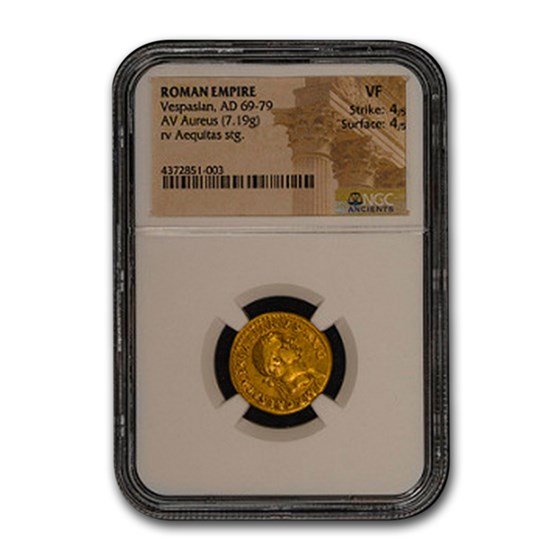 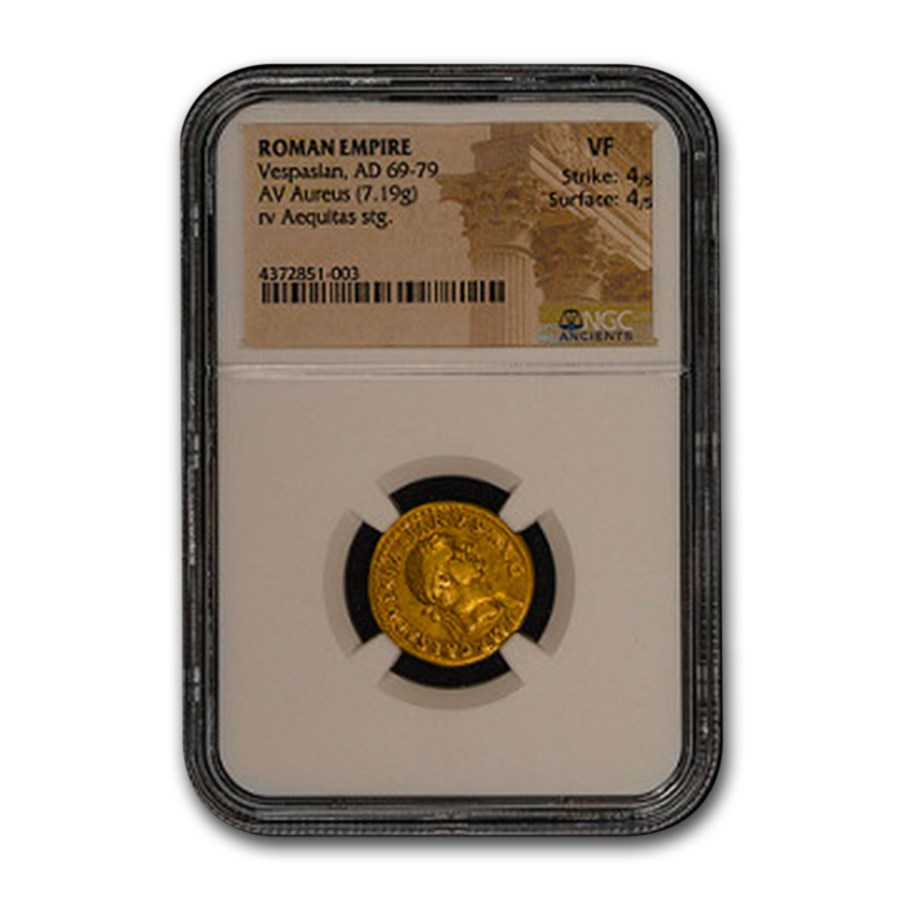 Your purchase will match the quality of the product shown.
Product Details
Product Details
This Gold Aureus was struck during the reign of the Emperor Vespasian (A.D. 69-79). The Gold coinage of Vespasian is seldom encountered.


Protect and display your Gold Aureus in style by adding an attractive display or gift box to your order.

Add this Gold Aureus of Vespasian to your cart today!

Vespasian was the last in the Year of Four Emperors, 69 AD, a period of Civil War in the Roman Empire that followed the Emperor Nero’s suicide. Vespasian founded the Flavian Dynasty that continued for 27 years. Vespasian’s success was from his military campaigns, which is how he made a name for himself and became the first Roman Emperor from an equestrian family.