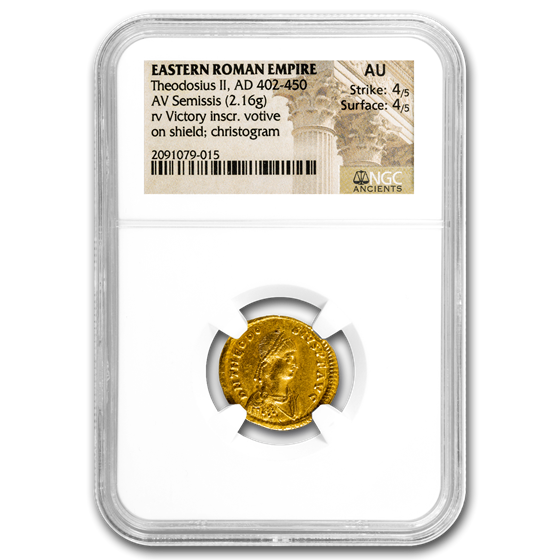 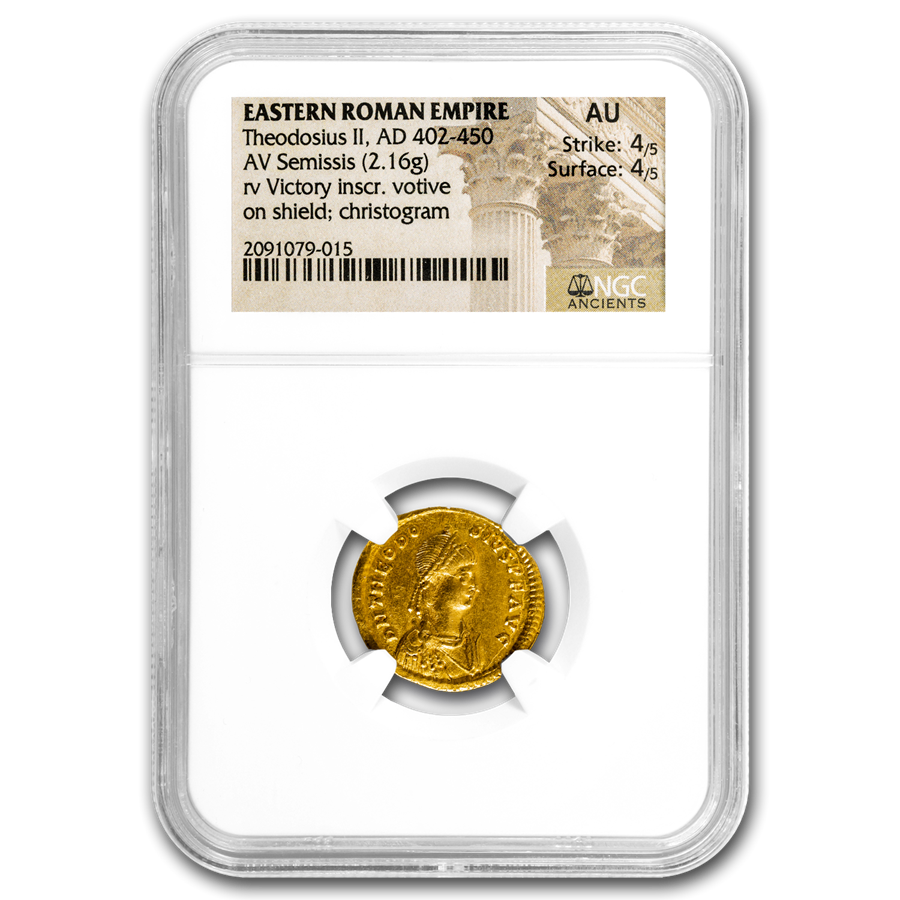 Your purchase will match the quality of the product shown.
Product Details
Product Details
The fractional Gold coinage of the Roman Empire is less commonly encountered than many of the Solidus issues.

Coin Highlights:
Protect and display your Ancient Gold coin in style by adding an attractive display or gift box to your order.

Ancient Roman Gold is intriguing to Gold collectors around the world. Add this Eastern Roman Gold Semissis coin to your cart today!