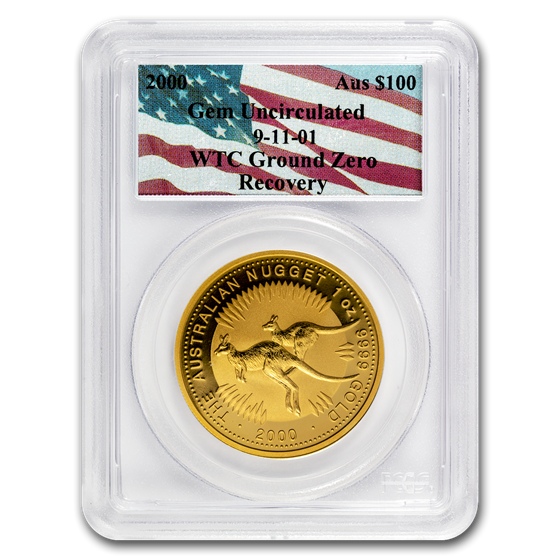 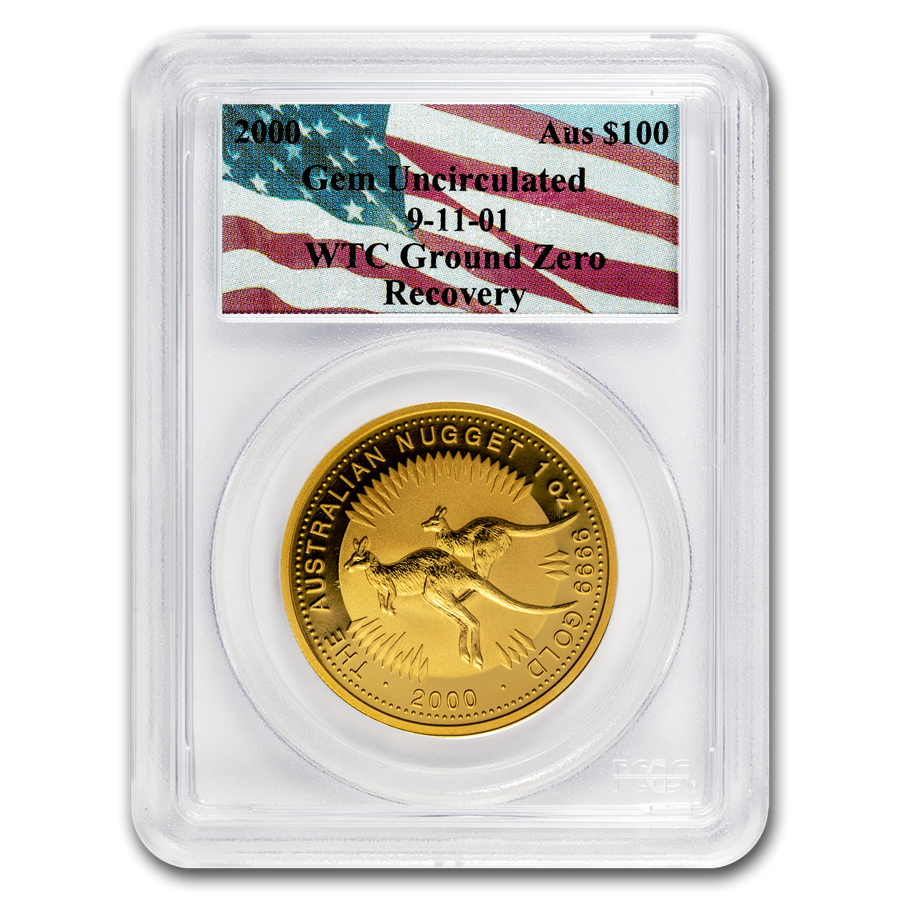 Your purchase will match the quality of the product shown.
Product Details
Product Details
This 1 oz Gold Nugget coin was recovered from the World Trade Center vaults after the tragic September 11th attack.

Coin Highlights:
Protect and display your 1 oz Gold Nugget coin in style by adding an attractive display or gift box to your order.

The 2000 1 oz Australia Nugget Gem Uncirculated Coin.
Weeks after the tragic September 11th, 2001 attack on the World Trade Center, workers at ground zero reached the Iron Mountain Vault. Buried beneath hundreds of tons of rubble, this depository (the official COMEX depository) held a vast amount of investment grade Precious Metals held by fiscal institutions from around the world. Under heavy security, the coins were loaded into Brink Armored vehicles and sent to be cataloged, graded, and encapsulated by PCGS.

These slabs have a specially designed commemorative United States Flag insert which serves to easily identify the coins as a genuine artifact of this catastrophic event.