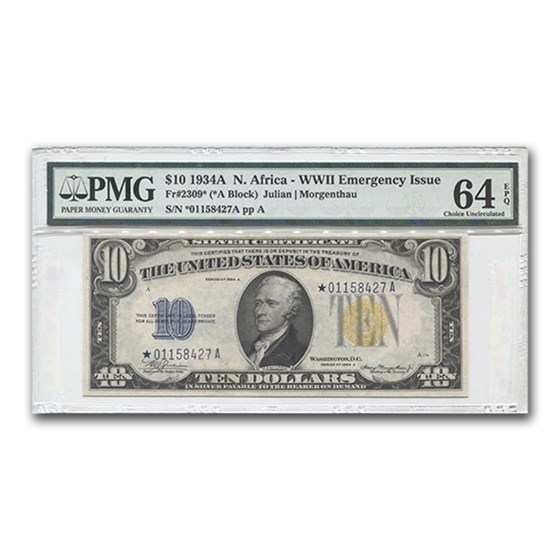 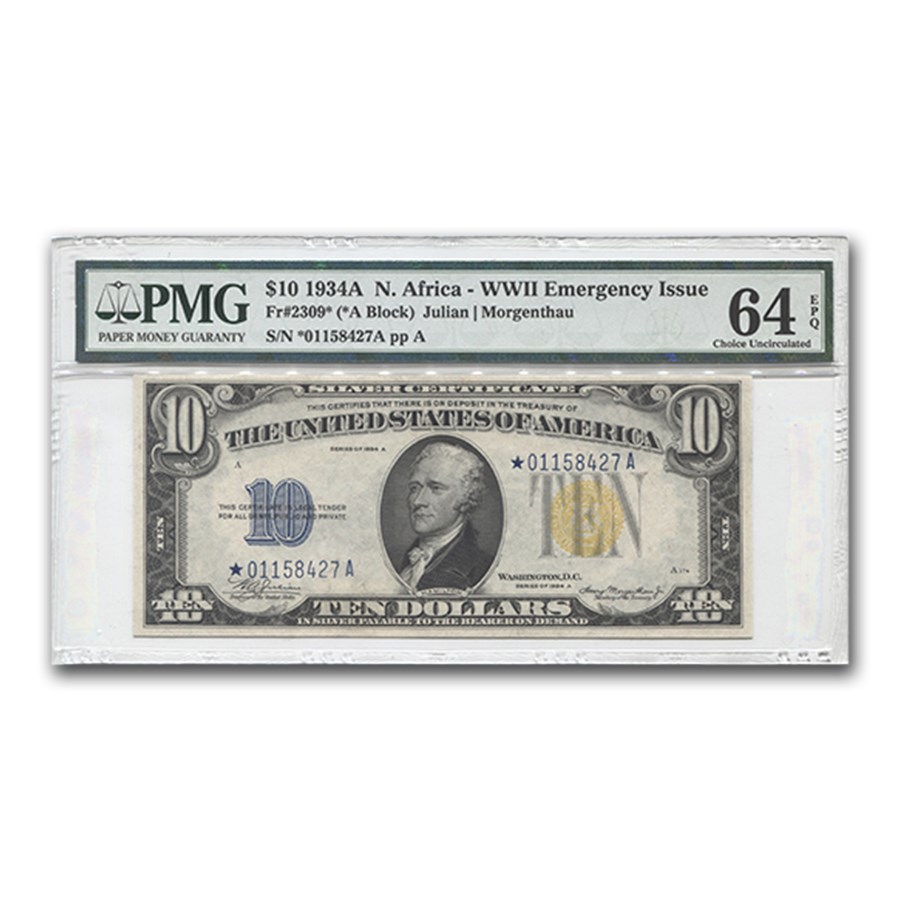 Product Details
Product Details
This series 1934-A★ $10 Silver Certificate features a yellow seal in place of the blue treasury seal. These notes were issued for use with the armed forces in North Africa and Europe during WWII. Choice Uncirculated-64★ EPQ by PMG.

Currency Highlights:
Although they are still legal tender, their yellow seals make them great collector’s items. These notes are a great part of history that can easily be added to any collection. Rarely do you find a consecutive number run set like this! Add some of these great conversation pieces to your cart today!