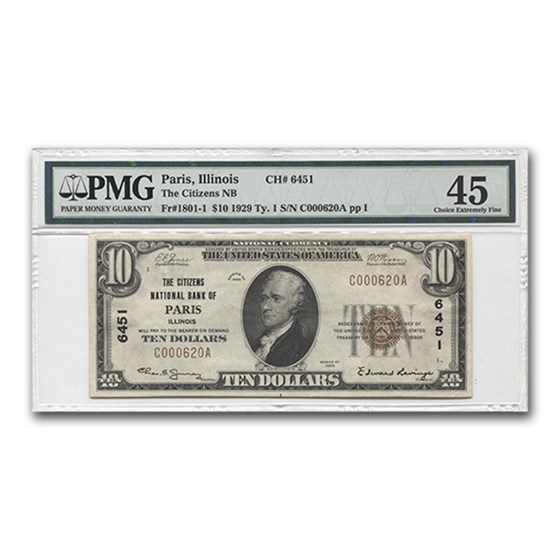 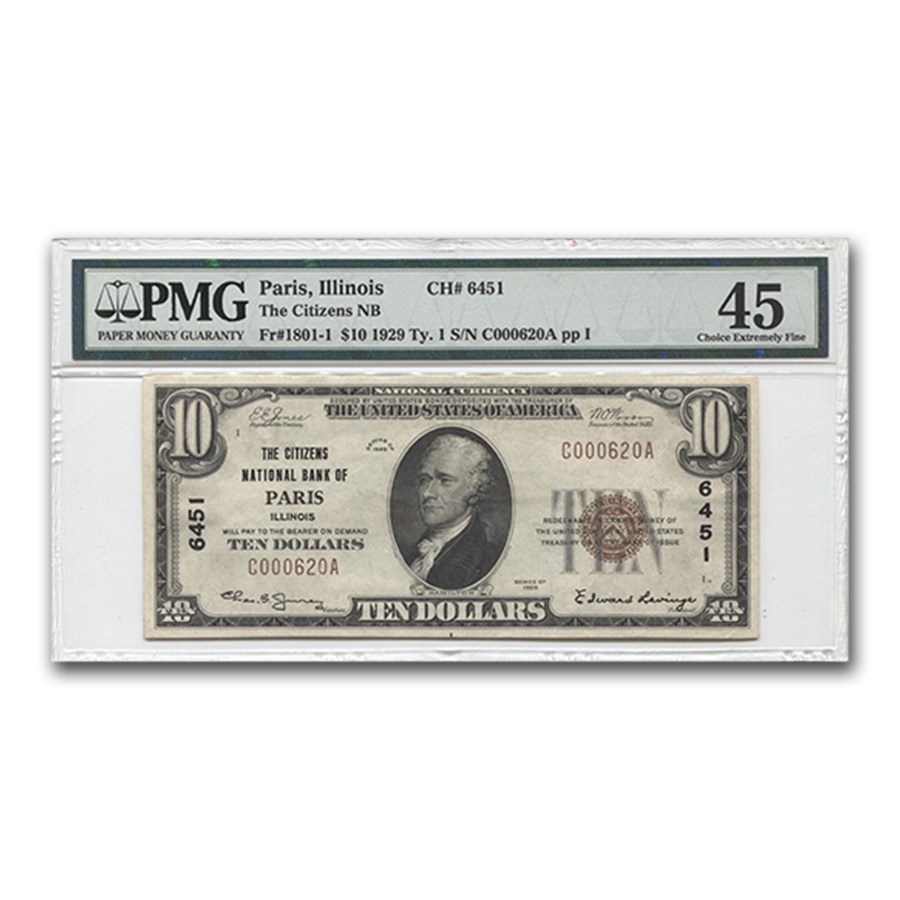 Product Details
Product Details
This small size National was issued by the Citizens National Bank of Paris, Illinois. Graded as Choice XF-45 by PMG. This is Charter #6451.