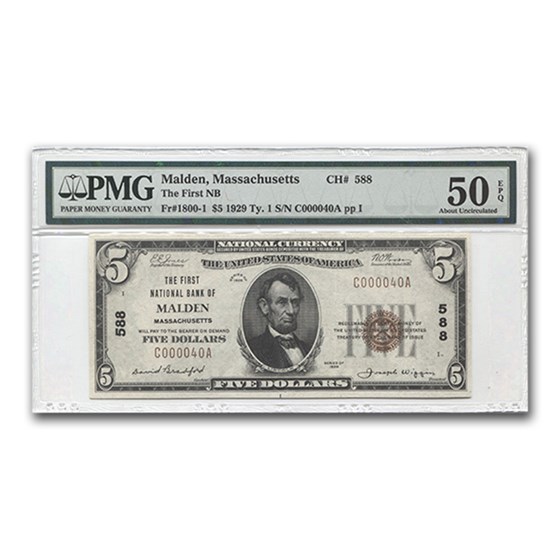 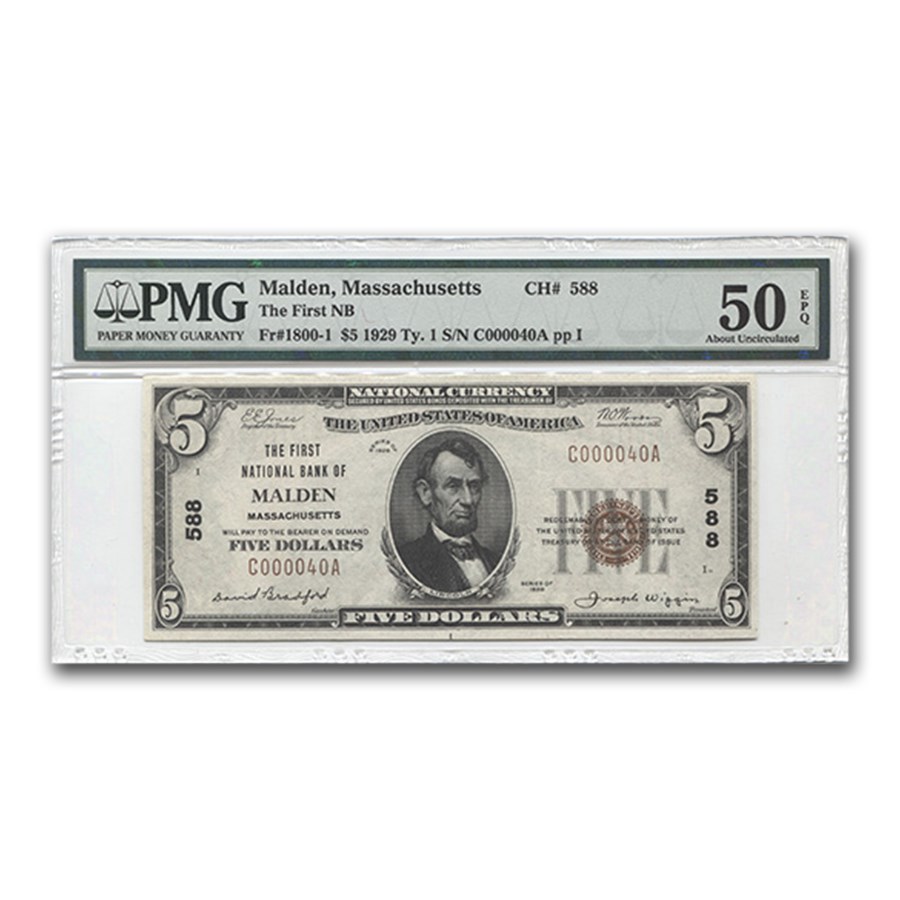 Product Details
Product Details
This small size National was issued by the First National Bank of Malden, Massachusetts. Graded as About Unc-50 EPQ by PMG. This is Charter #588. This scarce note has LOW SERIAL #40!