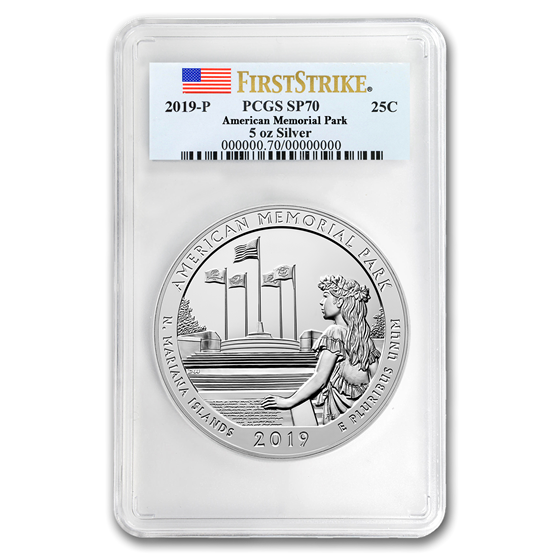 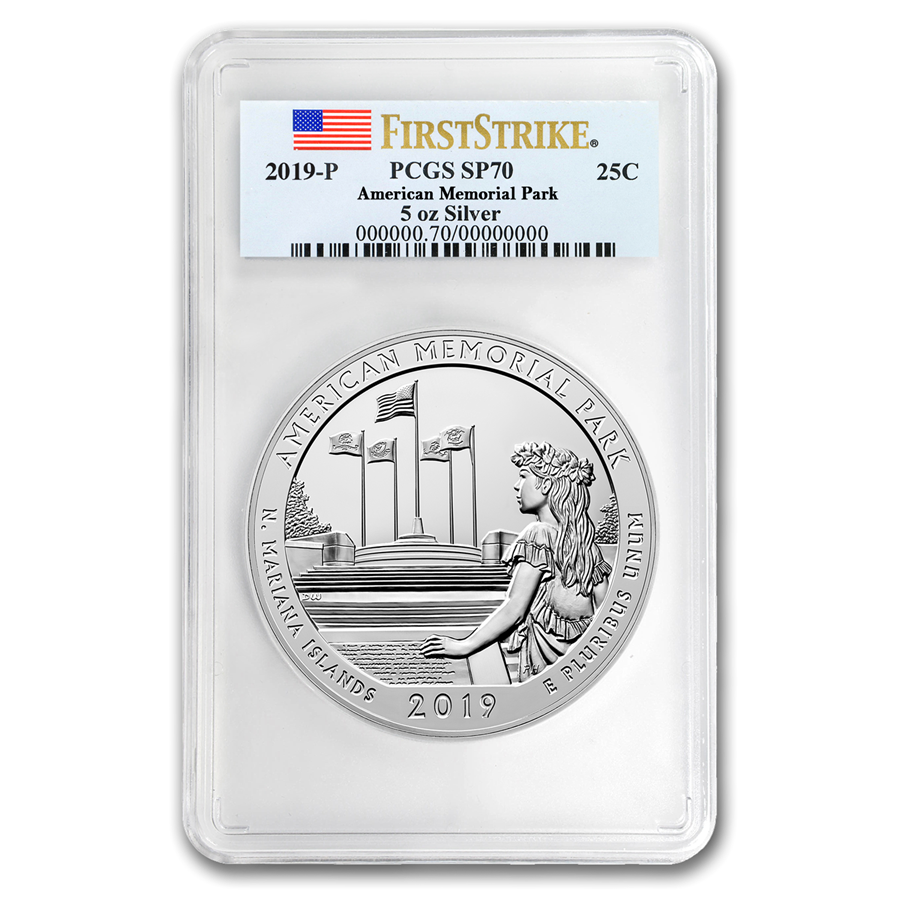 $35.03
As Low As
Product Details
Product Details
This is the second 2019 release of the popular 5 oz Silver America the Beautiful series, featuring American Memorial Park in the Northern Mariana Islands. This coin features a burnished finish and is certified a flawless SP-70 by PCGS.

These coins are sought after by investors for their .999 fine Silver content, and demanded by collectors for their artistic value. SP-70 coins are prized as the finest examples available, and are a great way to collect this series. Add this attractive coin to your cart today!