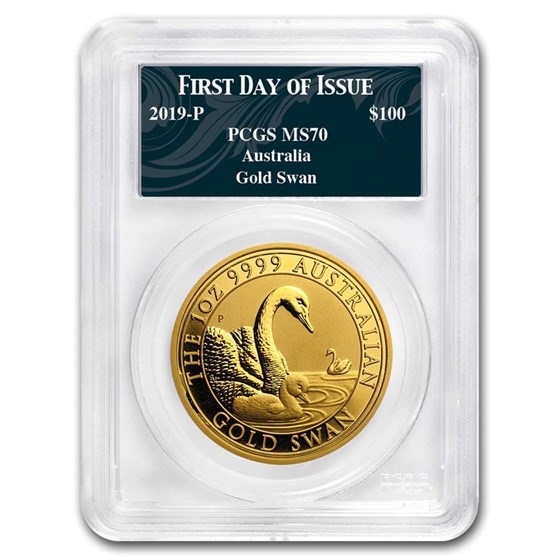 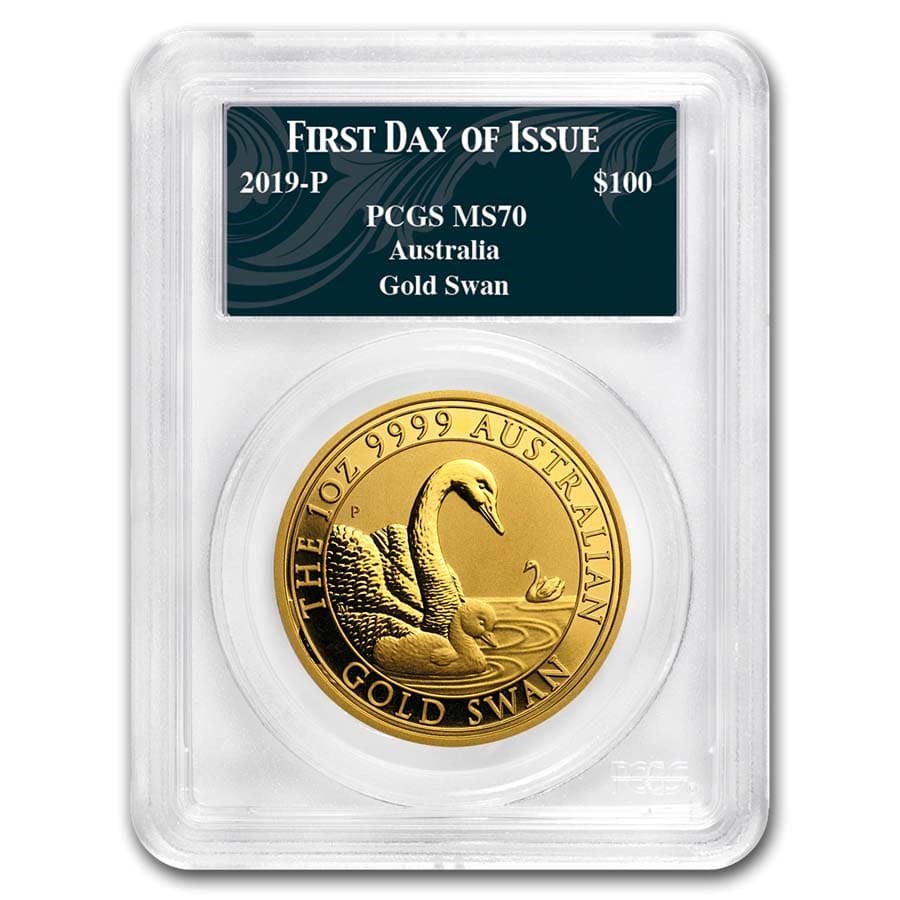 Your purchase will match the quality of the product shown.
Product Details
Product Details
The 2019 Gold Swan coin has a limited mintage of 5,000 coins made of .9999 fine Gold. These MS-70 PCGS coins feature a much lower population than most coins! An instant collector favorite, the Swan series is renowned world-wide.

The highly anticipated 2019 1 oz Gold Swan features a new and exciting design. This coin is the third in an annual series of 1 oz limited mintage Gold Swan bullion coins with designs varying each year. Learn more about the exciting Perth Swan Series today!

Protect and display your perfect MS-70 PCGS Swan in style by adding an attractive display or gift box to your order.

This swan is so lifelike that it appears to be ready to take flight off the coin itself. Add this spectacular 2019 1 oz Gold Swan graded First Strike MS-70 by PCGS to your cart today!