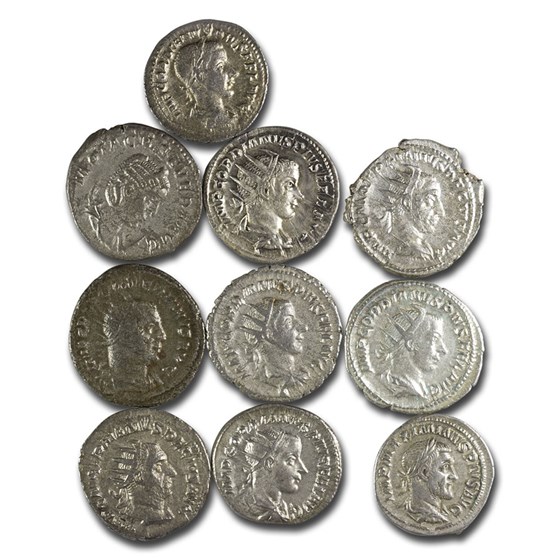 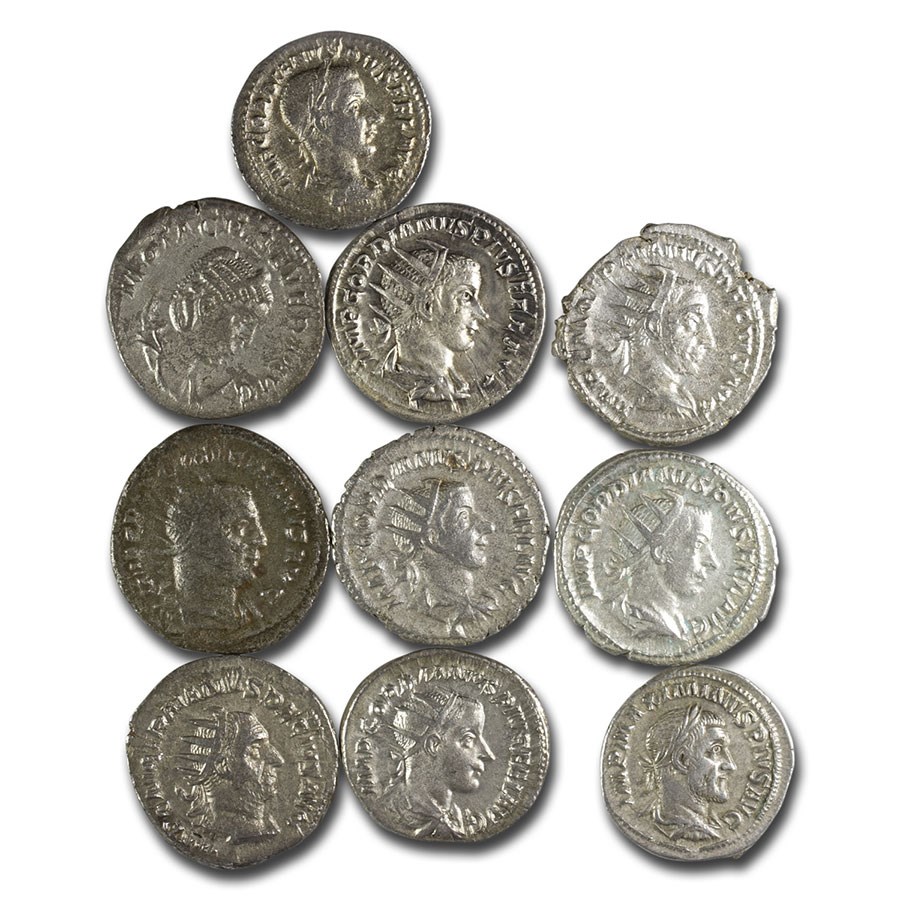 Your purchase will match the quality of the product shown.
Product Details
Product Details
The Crisis of the Third Century caused extreme strife in the Roman Empire with its consistent war and usurper emperors. These new Silver issues reflect the turbulent and successive nature of these brief emperor reigns.

From order placement to shipping took about a week. This item arrived in great condition provided it is 1800 years old. Absolutely fascinating.