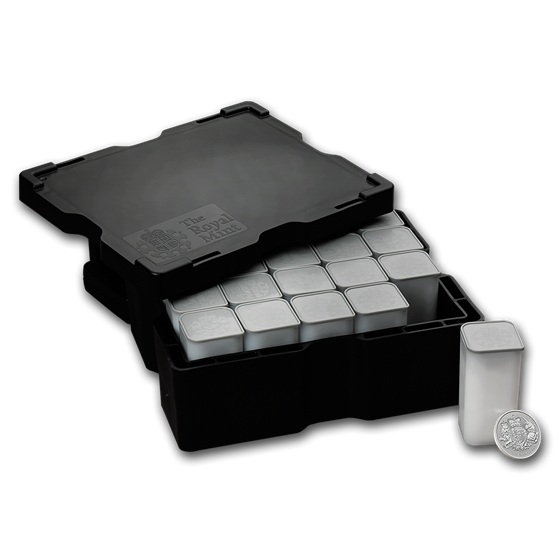 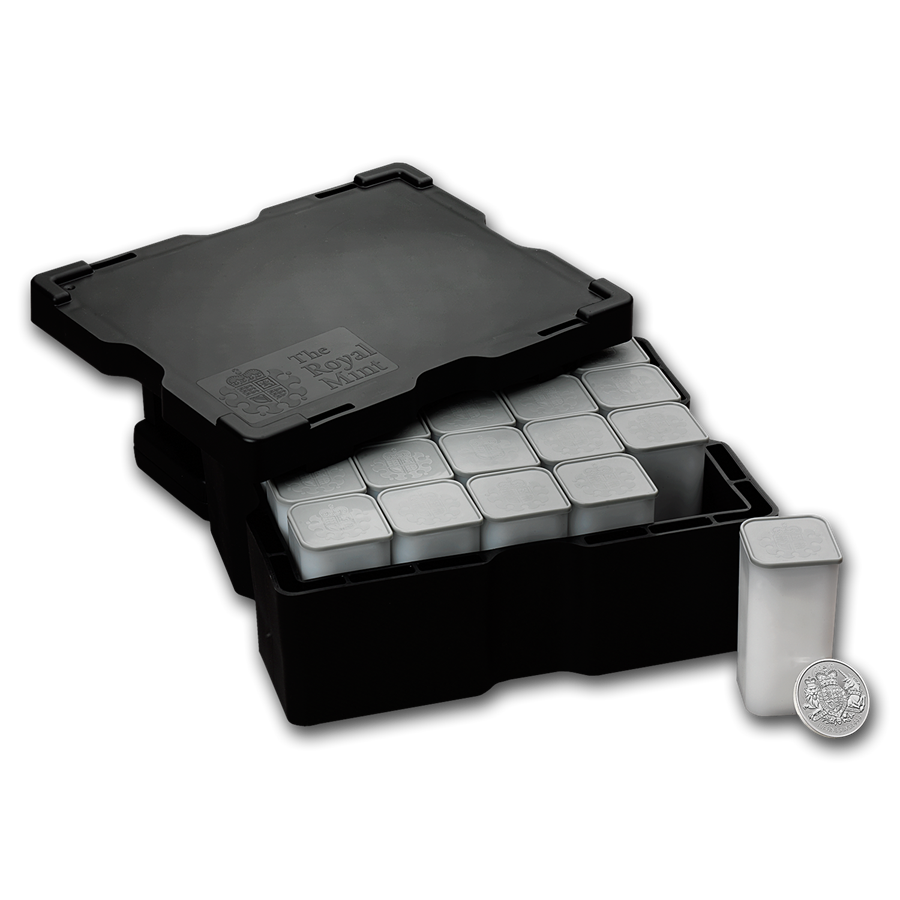 Product Details
Product Details
Buy a sealed monster box of the Silver Royal Arms coin from The Royal Mint. Each Monster Box contains 500 coins, each with 1 ounce of .9999 fine Silver.

Coin Highlights:
Monster boxes are a great way to add a large amount of Silver bullion to your collection with just one purchase, and comes with the Mint-issued box. Add this 2019 1 oz Silver Royal Arms coin Monster Box your cart today!

The iconic Royal Arms design by Eric Sewell has been reinterpreted on this 2019 bullion coin by coin designer Timothy Noad. The Royal Arms quartered shield depicts three passant guardant lions of England featured in the first and fourth quadrants, and in the second, the rampant lion and double tressure flory-counterflory represents Scotland. The third features a harp for Ireland. The shield is supported on one side by the crowned English lion and the other by the Scottish unicorn, and has a Garter circlet surrounding it, inscribed with "HONI SOIT QUI MAL Y PENSE" (shame on he who thinks evil on it). Also featured is the leek of Wales.