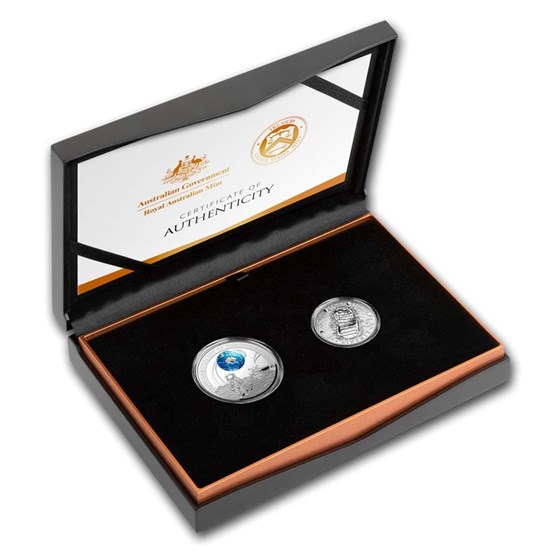 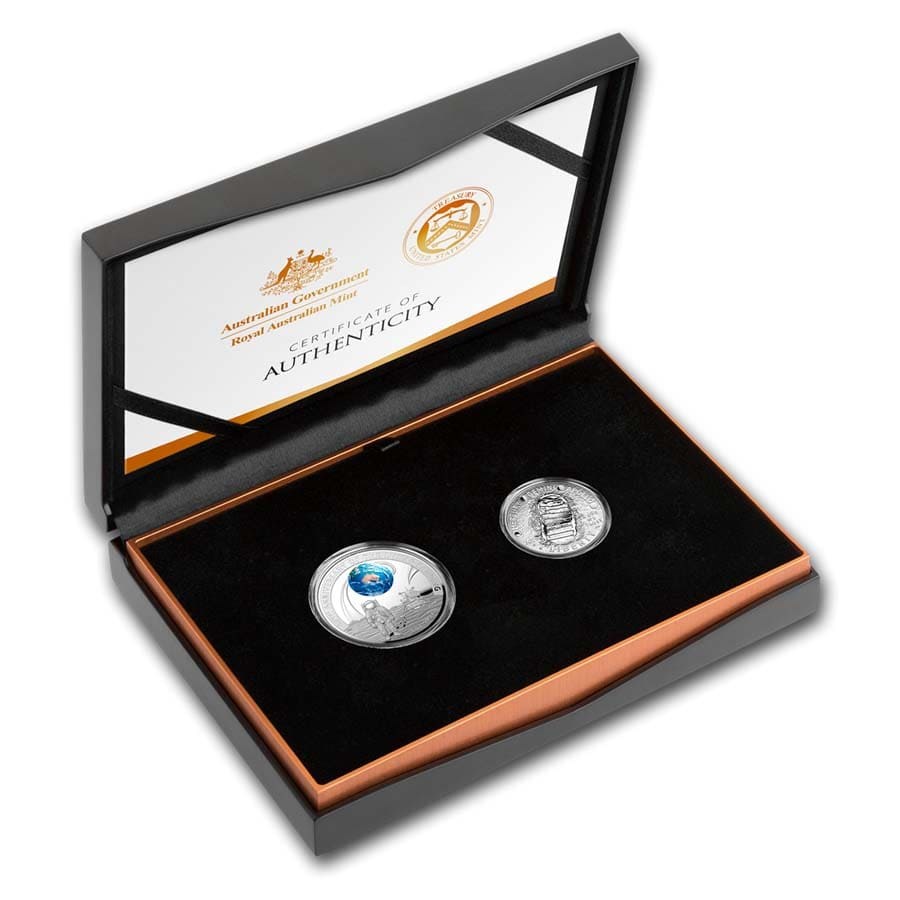 $109.99
Any Quantity
Product Details
Product Details
The Royal Australian Mint and the United States Mint have proudly partnered to create a two-coin proof set, celebrating the 50th anniversary of the historic Apollo 11 Moon landing. Each set comes with a display box and a certificate of authenticity.

The Australian government has contributed a magnificent 1 ounce Silver coin, featuring an Apollo 11 astronaut and the lunar module Eagle, with the Earth colorized in the background. The U.S. government has also included a historic and celebratory Half Dollar Proof coin, featuring a representation of the famous photograph of Buzz Aldrin on the moon.

There is an extremely limited amount of sets available, with only 10,000 of these produced worldwide. The set is beautifully packaged in a presentation box that displays the coin and the certificate, and includes a colorful, themed outer box.

Coin Highlights:
Following their previously sold out series of Silver Domed coins, the Royal Australian Mint has partnered with the United States Mint in 2019 to celebrate the momentous achievement of the Apollo 11 moon landing from 1969. Add this special 2019 2-Coin Domed Apollo 11 Moon Landing US/RAM Set to your cart today!

Ordered this RAM set when first posted on APMEX. It was worth the wait. Quality of the coins were excellent and the display package was well done. The silver domed coins from both the Royal Australian Mint and the U.S. Mint make a nice partnership. Really appreciate the number COA on the set.

Nice collaboration between RAM and US mint. Aus coin is unique with good design and quality. Colorized portion is attractive effect. Packing and COA well done. Great for any space exploration fans