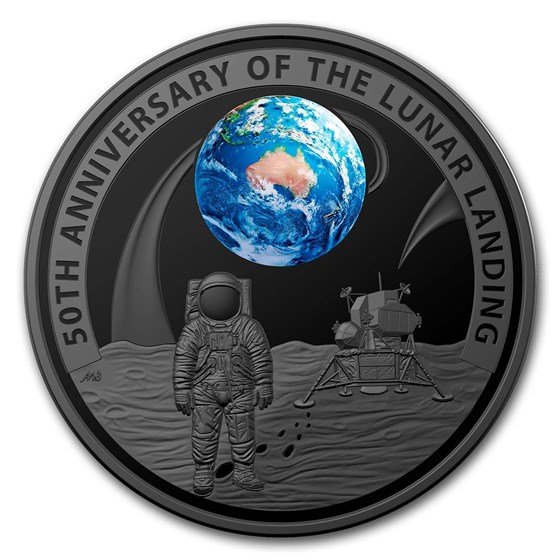 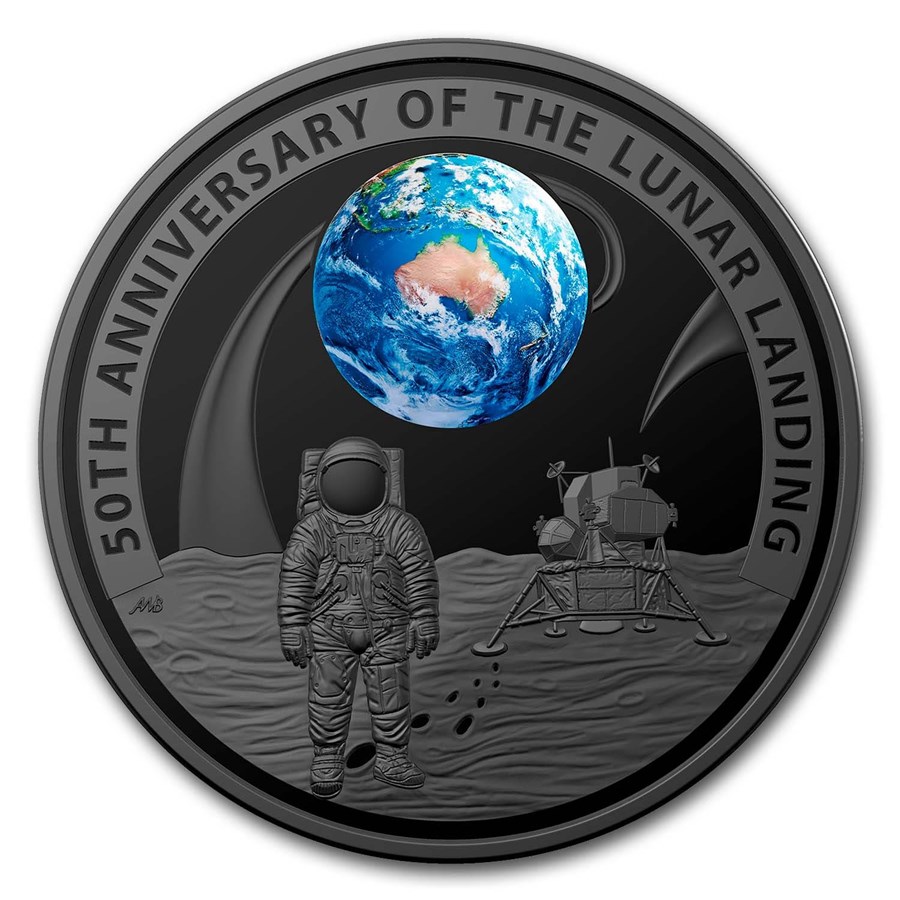 $37.72
As Low As
Product Details
Product Details
Celebrate the 50th anniversary of the Apollo 11 moon landing with this limited mintage domed coin from the Royal Australian Mint. The 1 oz Silver coin features special Black Nickel-plating to give the effect of darkness, along with colorized printing.
The first Domed, Black-Nickel plated coin from Royal Australian Mint marks the historic moment of the Apollo 11 Moon Landing. The 1 ounce Silver coin is elegantly packaged in a box that displays both the coin and the certificate, along with a colorful, moon-themed outer box.

Royal Australian Mint has produced a series to commemorate the historic Apollo 11 Moon Landing, with coins available in Gold and Silver, and have also created a special 2-Coin Collaboration Set in partnership with the United States Mint.