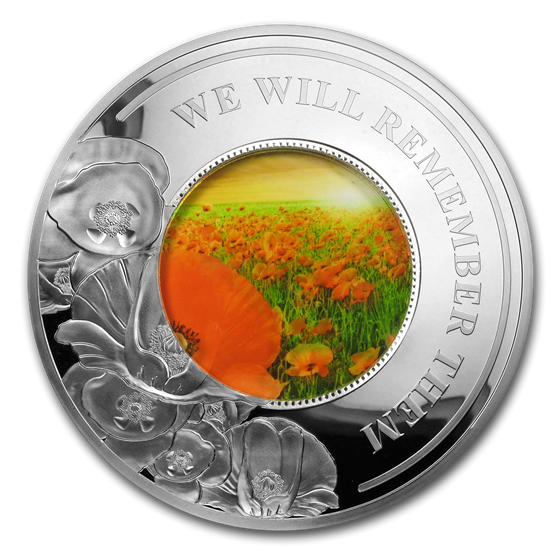 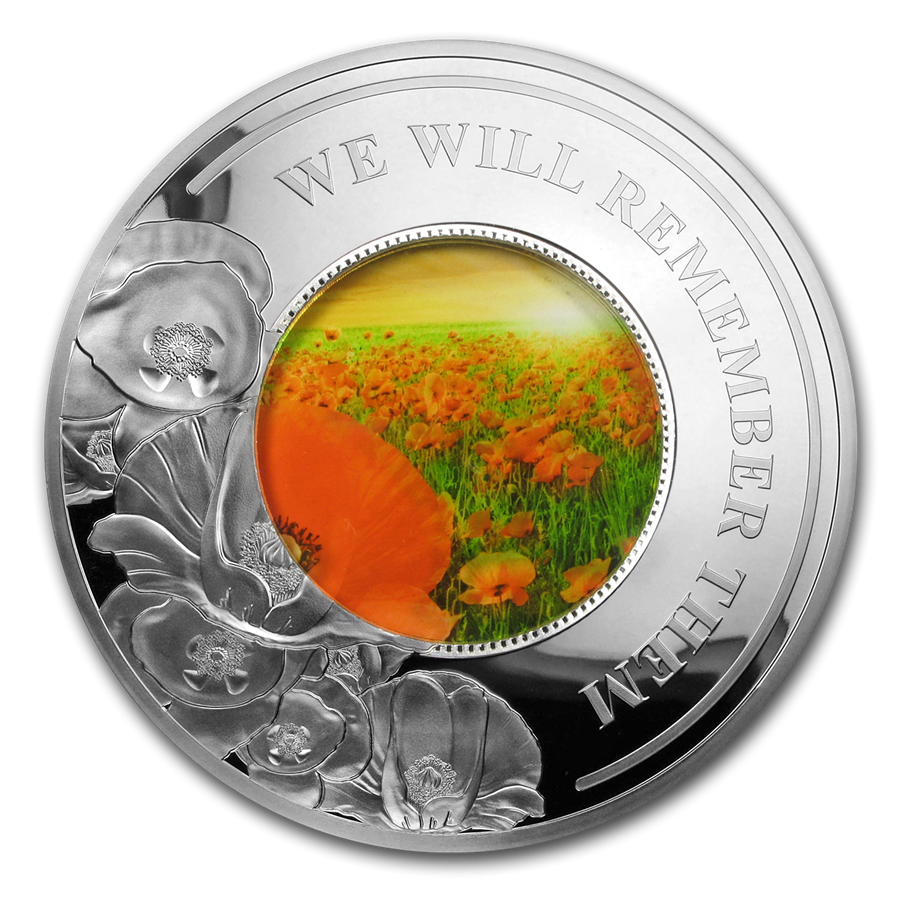 Product Details
Product Details
This 5 oz Silver coin commemorates the 100th Anniversary of World War I and features the Red Poppy. This glass inlay coin has a mintage of only 500 pieces worldwide.

A beautiful coin to add to your collection with a historical theme. Add this beautiful 5 oz Silver Red Poppy coin to your cart today!

The remembrance poppy was inspired by the World War I poem "In Flanders Fields". Its opening lines refer to the many poppies that were the first flowers to grow in the churned-up earth of soldiers' graves in Flanders, a region of Belgium. It is written from the point of view of the dead soldiers and, in the last verse, they call on the living to continue the conflict. The poem was written by Canadian physician, John McCrae, on May 3 1915 after witnessing the death of his friend, a fellow soldier, the day before. The poem was first published on December 8 1915 in the London-based magazine Punch.