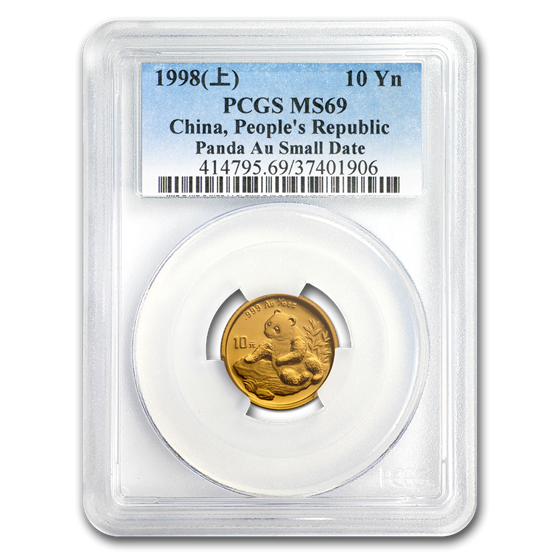 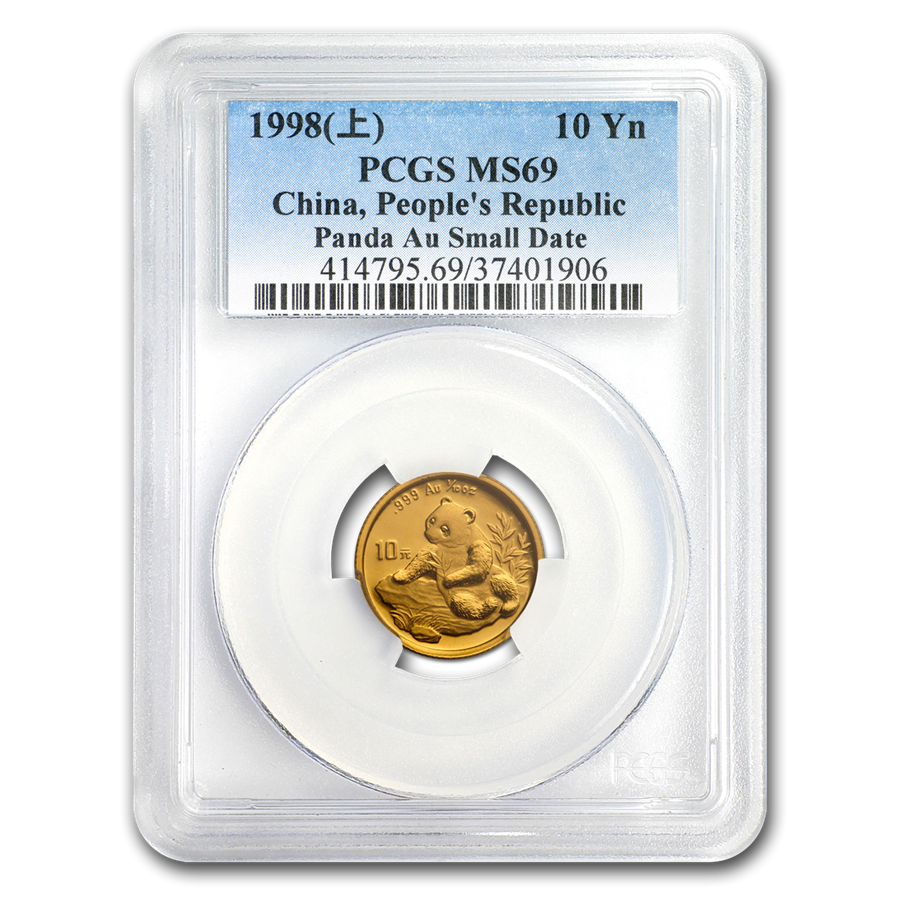 Product Details
Product Details
Gold Chinese Pandas are one of the world’s only bullion coins to feature yearly changing designs. Each year focuses on the iconic panda, loved around the world and beautifully depicted here in .999 fine Gold.

Protect your Gold Panda in style by adding an attractive display box to your order.

Enhance your Chinese Gold Panda collection with this highly sought after coin. Add the 1998 1/10 oz Gold Chinese Panda coin to your cart today!