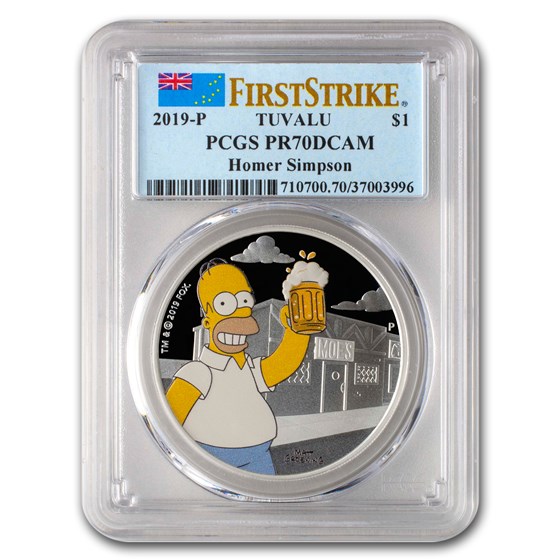 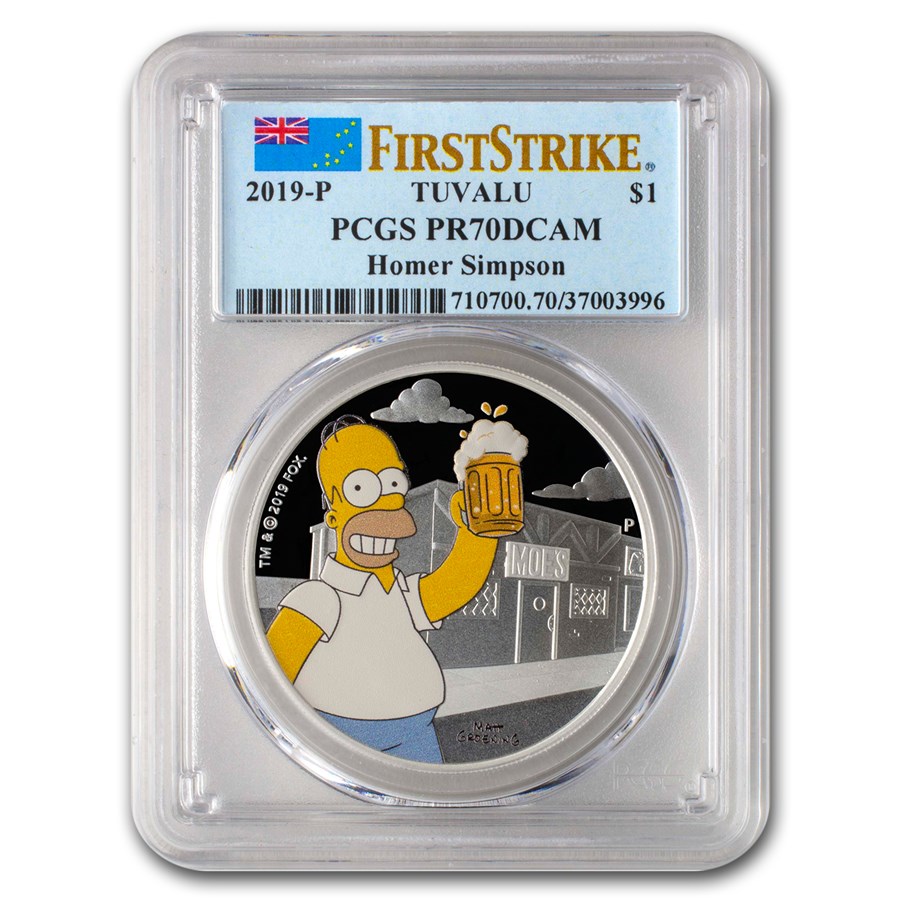 Your purchase will match the quality of the product shown.
Product Details
Product Details
In 2018, The Simpsons reached an incredible milestone becoming the longest-running prime time scripted show in television history. To celebrate, this new series features the whole gang and this 1 oz Silver proof features the lazy but devoted, Homer.

First introduced in 1987, the Simpson family originally appeared in 30-second segments on The Tracey Ullman Show. Two years later, The Simpsons premiered as a half-hour series and instantly became a worldwide pop-culture phenomenon, now seen in 60 countries in 20 languages. In 2018, The Simpsons reached an incredible milestone becoming the longest-running primetime scripted show in television history.

Add this Simpsons Homer Proof coin to your cart today!