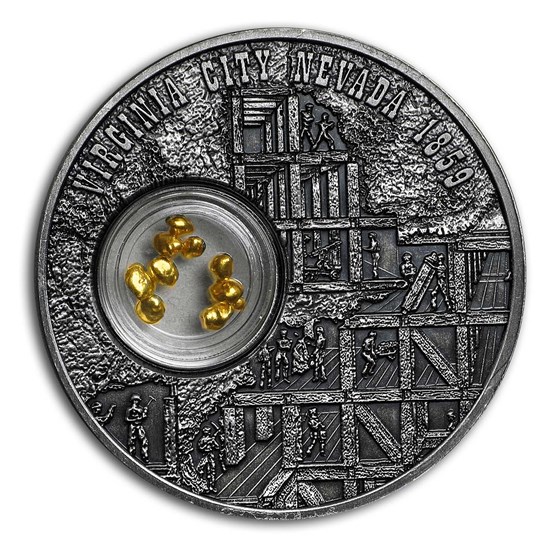 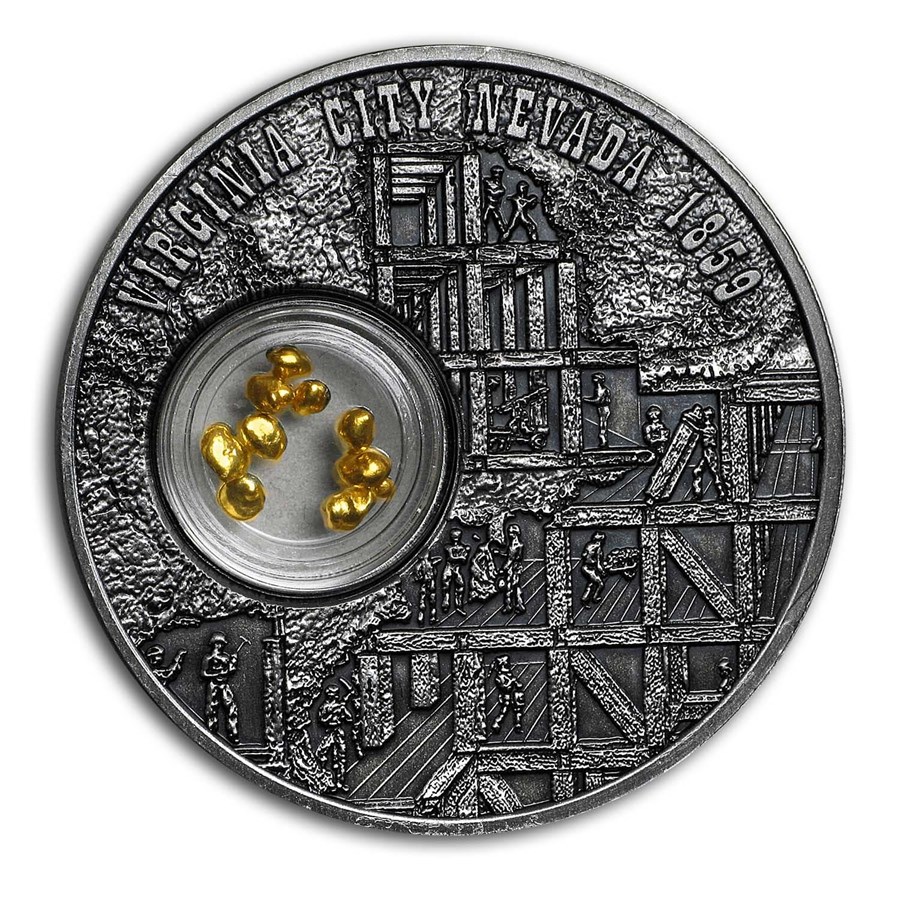 Product Details
Product Details
This is the fourth release in the popular Gold Rush Series. Prospectors have "rushed" upon news of a new Gold discovery to many locations around the world since the early days of civilization. These coins have 24-karat Gold foil included in the insert.

This coin is the fourth in a series of Gold Rush themed Coin-Jewels coins, approved by the British Commonwealth Nation of Niue and Queen Elizabeth II.

The Comstock Lode had been a minor Gold placer district since 1849. In 1859, several prospectors discovered its rich lode Silver ore, and a great rush of miners poured eastward from California, and established Gold Hill and Virginia City, the principal towns of the Comstock Lode. The Comstock was the first important Silver-mining district in the United States, and its discovery stimulated a great deal of prospecting for Silver across the Great Basin area of the United States. The resulting Silver rush led to many other Silver discoveries in Nevada, including Austin (1862), Eureka (1864), and Pioche (1869). The largest operating mine in the Comstock District is the Lucerne Mine near Gold Hill, which produced 222,416 ounces of Silver and 19,601 ounces of Gold in 2014.