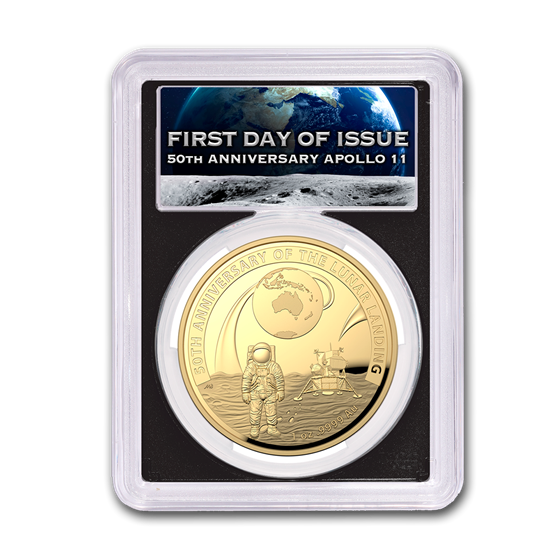 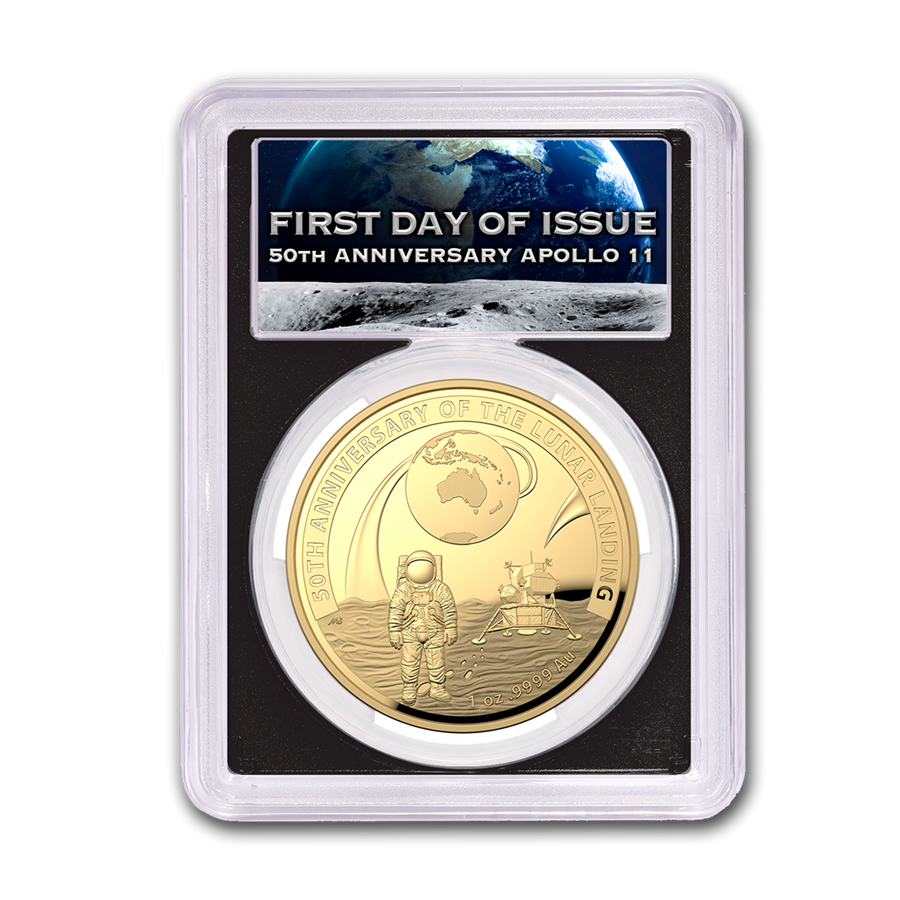 Your purchase will match the quality of the product shown.
Product Details
Product Details
Commemorate the historic moment mankind first stepped foot on the moon with this beautiful .9999 fine Gold Domed-shape coin with an extremely limited mintage of 750. The coin is graded a perfect Proof-70 by PCGS, and has a First Day of Issue designation.

July 1969 marks the historic moment mankind first stepped foot onto the Moon. Commander Neil Armstrong and Pilot Buzz Aldrin landed the Apollo 11 Lunar module "Eagle" on July 20 on the Moon's Sea of Tranquility. The event was broadcast live, with over 600 million viewers estimated to have watched this significant moment. Australia provided four radio antennas to help receive and live broadcast images of the moon walk. Armstrong described the event as "one small step for man, one giant leap for mankind", referring to reaching one of humanity's most significant achievements.