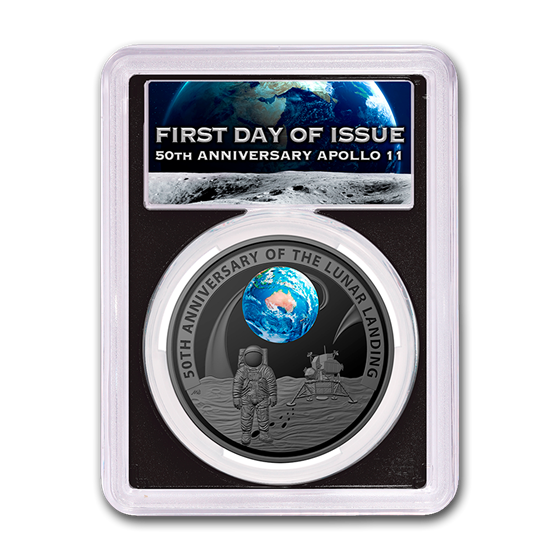 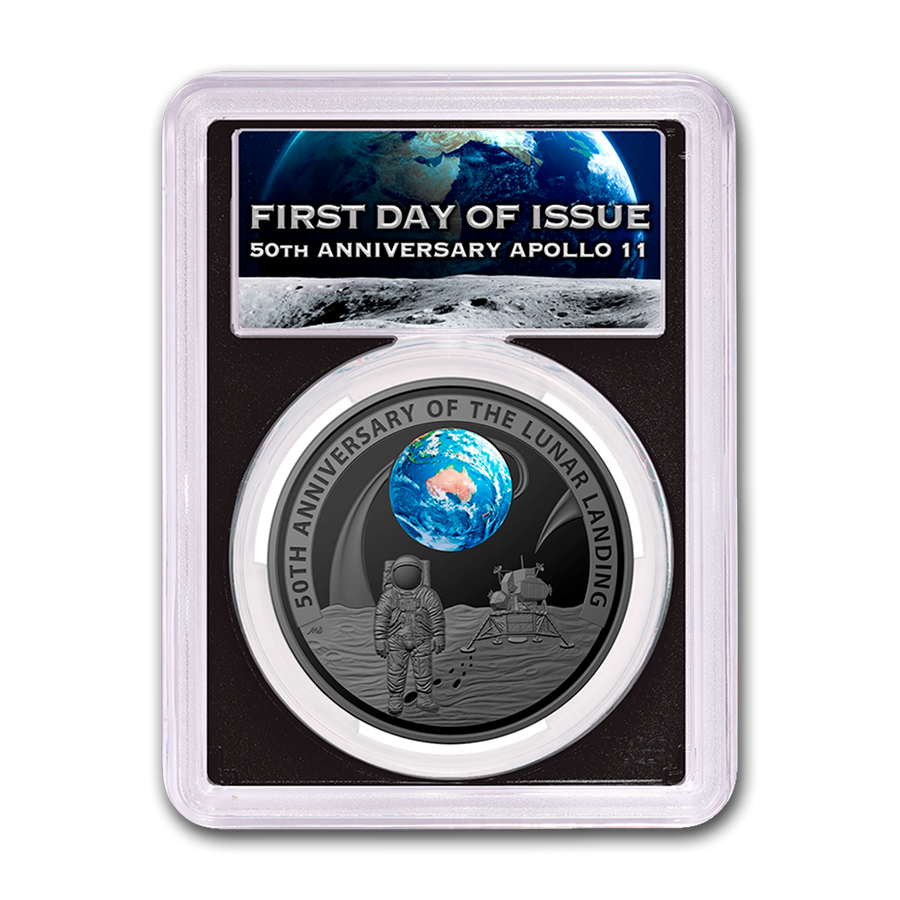 Your purchase will match the quality of the product shown.
Product Details
Product Details
Celebrate the 50th anniversary of the Apollo 11 moon landing with this special Black Nickel-plated, Silver Domed coin in a perfect Proof-70 grade. The coin also has a First Day of Issue designation for added collectibility.

This coin didn’t meet my expectations

On the coin there is a little dot in the center on the reverse side and I don’t know if it supposed to be there.