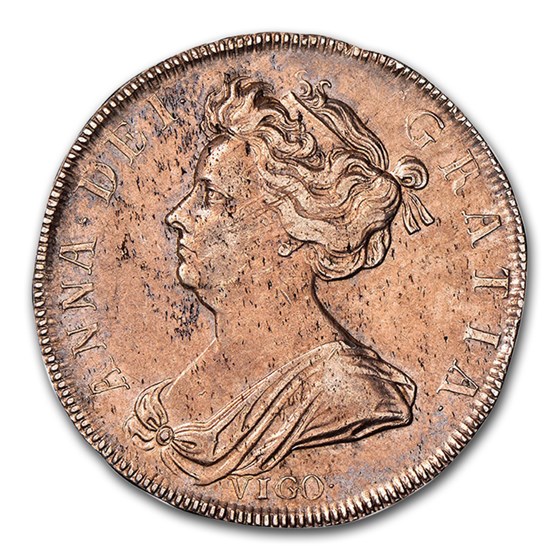 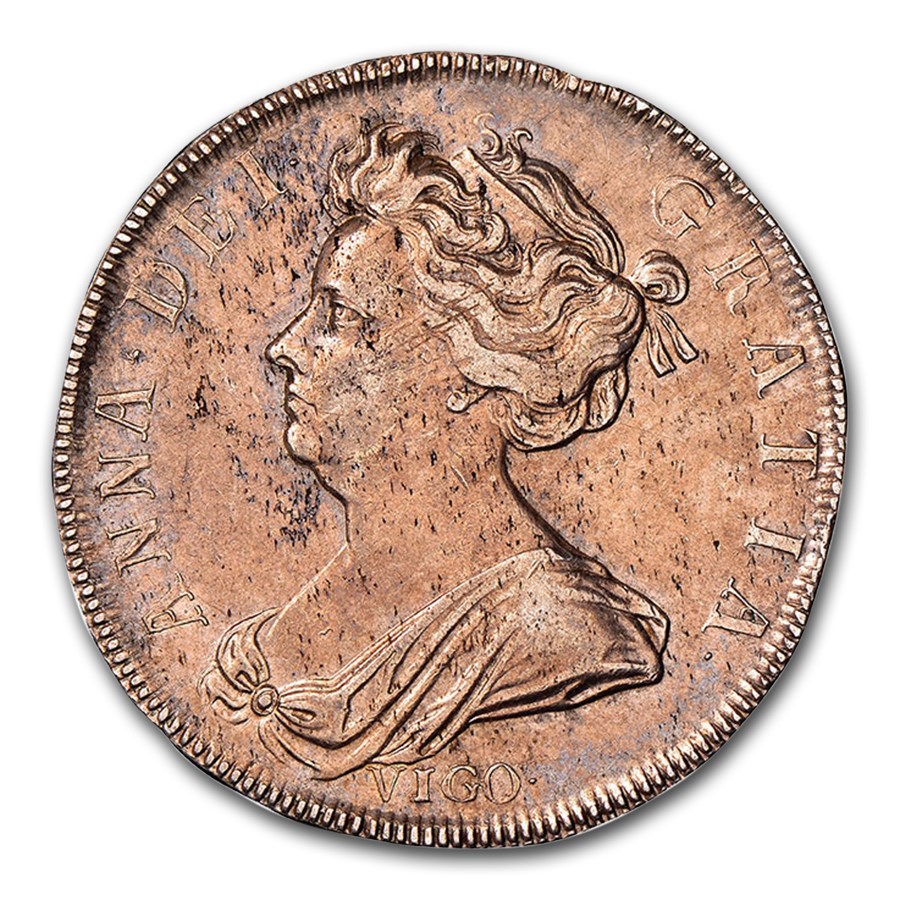 Your purchase will match the quality of the product shown.
Product Details
Product Details
The famous "Vigo" coinage struck during Queen Anne's reign is always on collectors' to-buy list. All the coins with "Vigo" mark were struck from Silver or Gold seized at Vigo Bay, Spain and this piece being offered here is one of them.

Protect and display your British Half Crown in style by adding an attractive display or gift box to your order.

Add this beautiful 1703 Great Britain Half Crown to your collection today!

The Battle of Vigo Bay was a naval engagement fought on 23 October 1702 during the opening years of the War of the Spanish Succession. The engagement followed an Anglo-Dutch attempt to capture the Spanish port of Cádiz in September in an effort to secure a naval base in the Iberian Peninsula. From this station the Allies had hoped to conduct operations in the western Mediterranean Sea, particularly against the French at Toulon. The amphibious assault, however, had proved a disaster, but as Admiral George Rooke retreated home in early October, he received news that the Spanish treasure fleet from America, laden with Silver and merchandise, had entered Vigo Bay in northern Spain. Philips van Almonde convinced Rooke to attack the treasure ships, despite the lateness of the year and the fact that the vessels were protected by French ships-of-the-line.
The engagement was an overwhelming naval success for the Allies: the entire French escort fleet, under the command of Château-Renault, together with the Spanish galleons and transports under Manuel de Velasco, had either been captured or destroyed. Yet because most of the treasure had been off-loaded before the attack, capturing the bulk of the Silver cargo had eluded Rooke. Nevertheless, the victory was a welcome boost to Allied morale and had helped persuade the Portuguese King, Peter II, to abandon his earlier treaty with the French, and join the Grand Alliance.