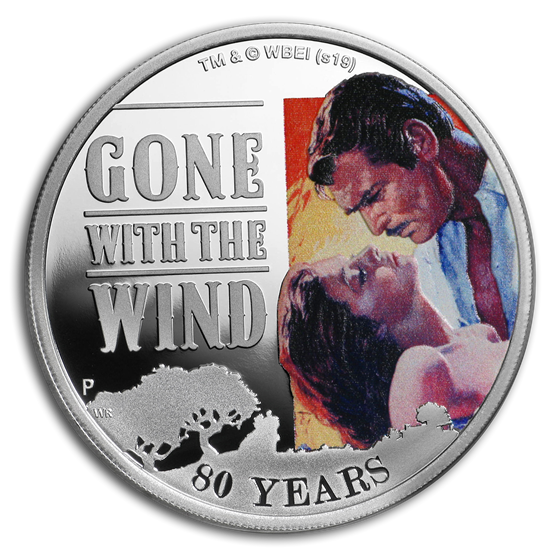 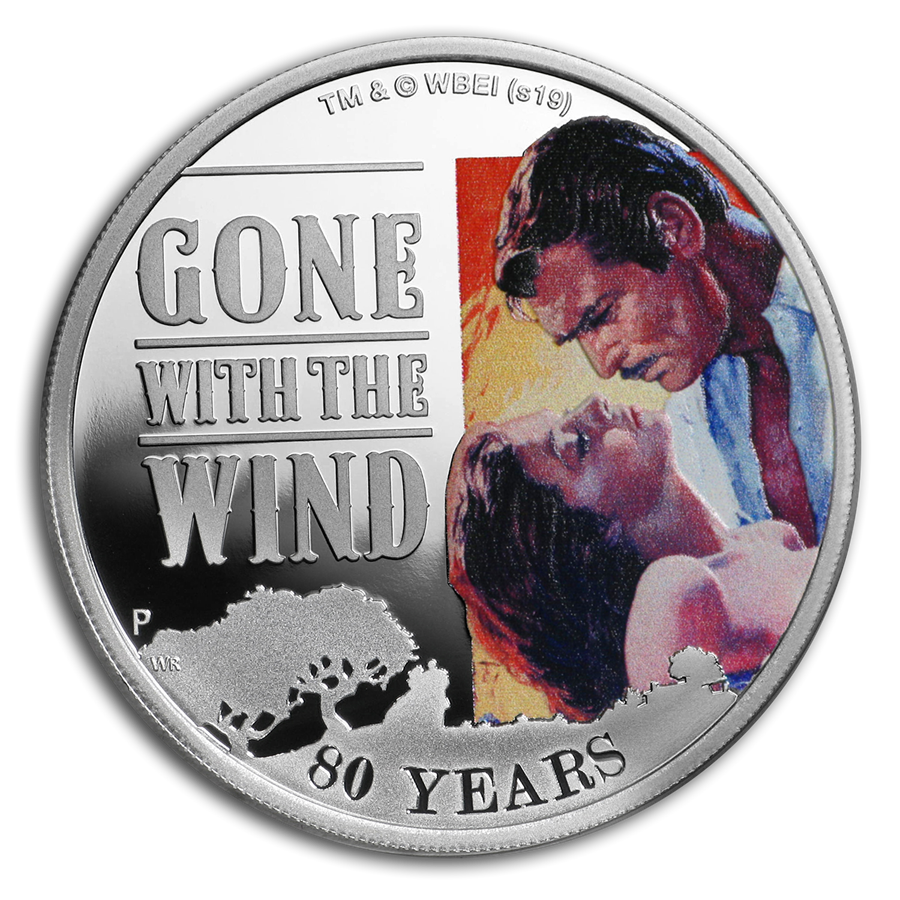 Your purchase will match the quality of the product shown.
Product Details
Product Details
Widely regarded as a cinema masterpiece, Gone with the Wind, released in December 1939, is a classic American Civil War drama remembered for its romance between southern belle Scarlett O’Hara and rogue adventurer Rhett Butler.

Based on the bestselling novel by Margaret Mitchell, it won eight Academy Awards and remains one of the biggest box office hits of all time. Set in the American South against the backdrop of the American Civil War and the Reconstruction Era, the film tells the story of Scarlett O'Hara, the strong-willed daughter of a Georgia plantation owner. It follows her romantic pursuit of Ashley Wilkes, who is married to his cousin, Melanie Hamilton, and her subsequent marriage to Rhett Butler.

Celebrate 80 years of this classic film and bring the magic alive again with this beautiful commemorative. Add this 1 oz Gone With the Wind Anniversary Proof to your collection today!