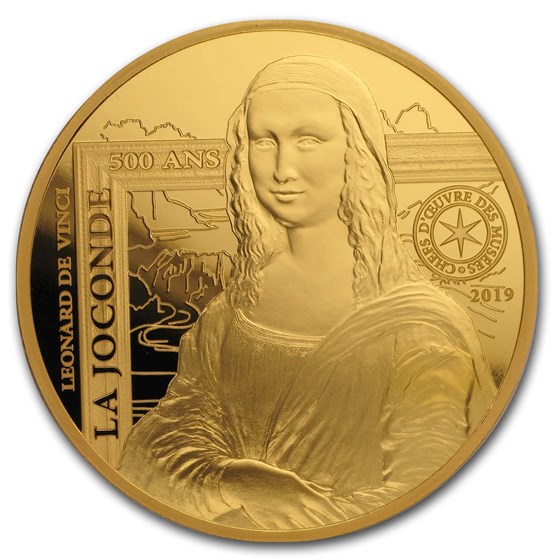 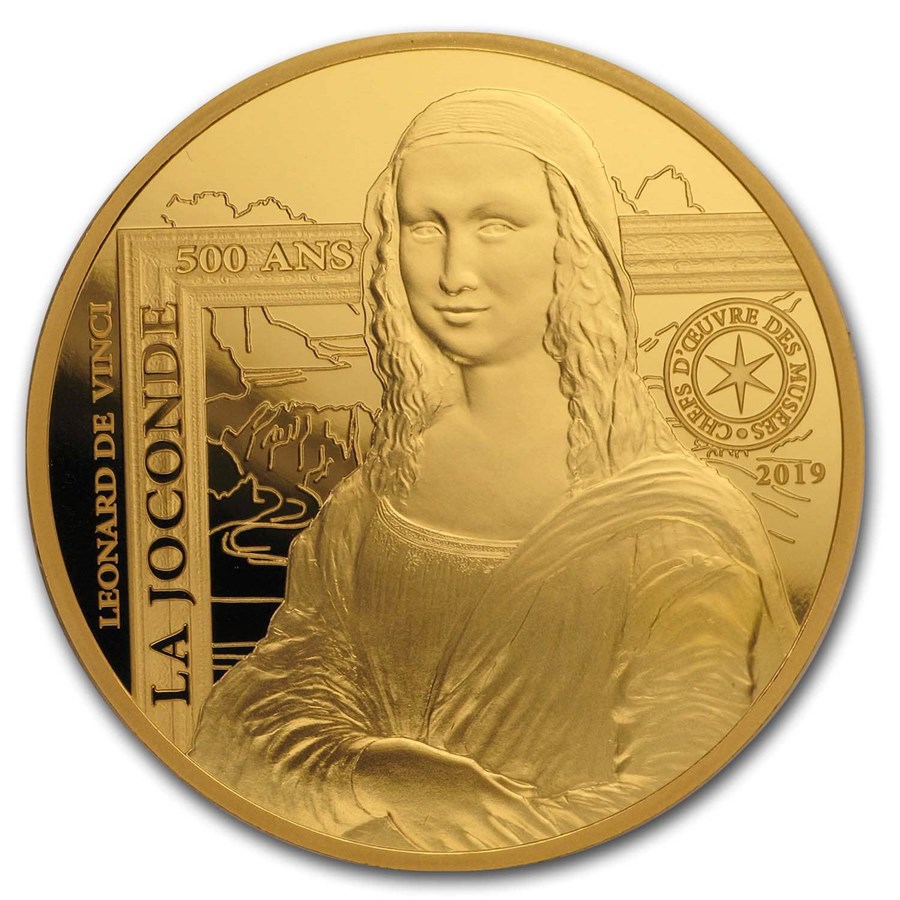 Coin Highlights:
This Gold proof coin would be a great addition to any collection or an ideal gift for an art enthusiast. Add this 2019 Gold €200 Masterpieces of Museums Proof Mona Lisa coin to your cart today!

The Louvreos also famous for its glass Pyramid in the middle of Napoleon Court. Designed by the architect I.M. Pei, the pyramid was inaugurated by François Mitterand in 1988.