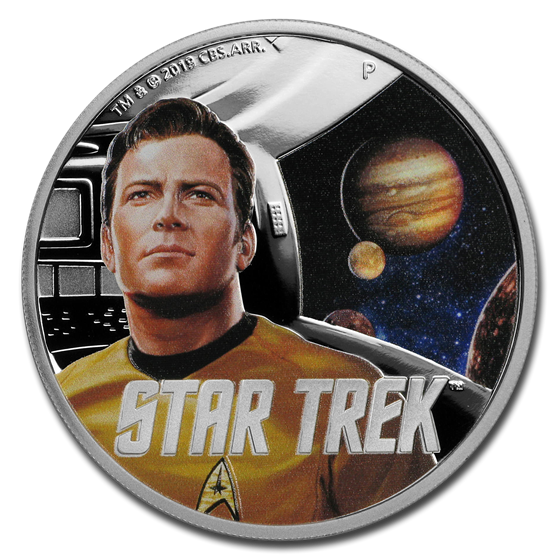 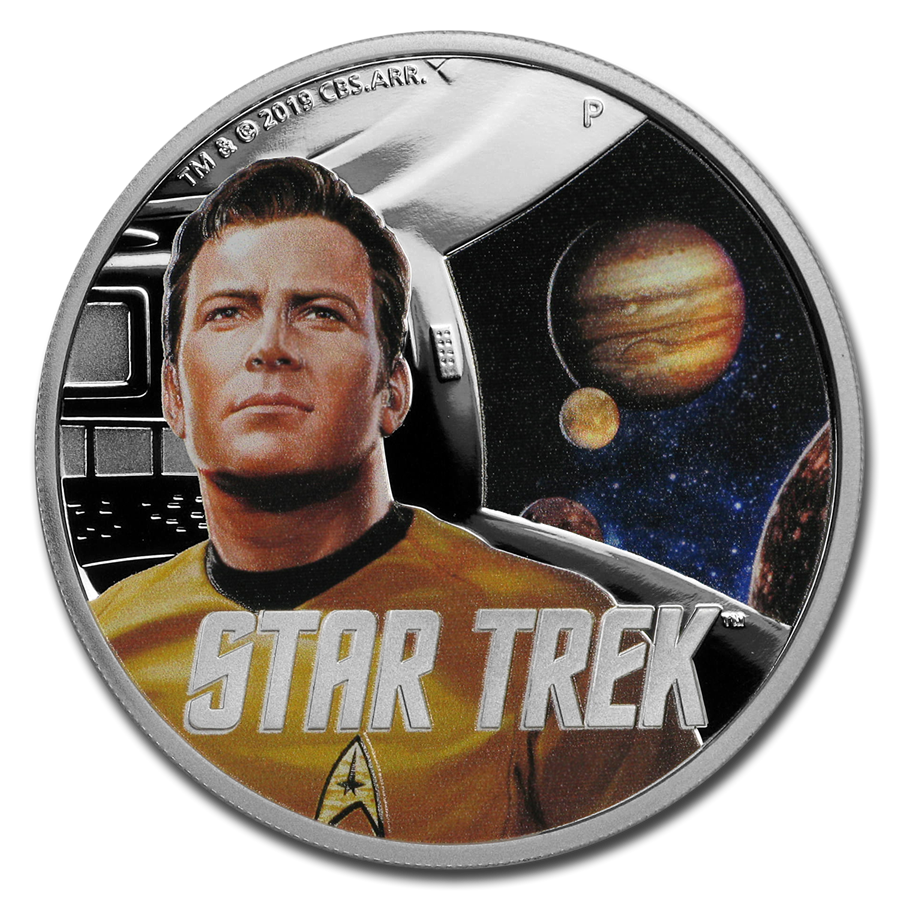 Captain Kirk also voiced the Captain in the animated version of the series. Kirk became Starfleet’s youngest captain and gained a reputation for unconventional tactics that were nonetheless almost always successful. In 2018, William Shatner suggested The Perth Mint design a Star Trek: The Original Series Kirk coin that included the planet Jupiter. The actor has since personally endorsed this release, declaring it to be “a lovely design filled with meaning”.

Coin Highlights:
This exceptional 1 oz Proof coin would be a great addition to any coin collection. Add this beautiful Star Trek: Original Series Captain Kirk coin to your cart today!