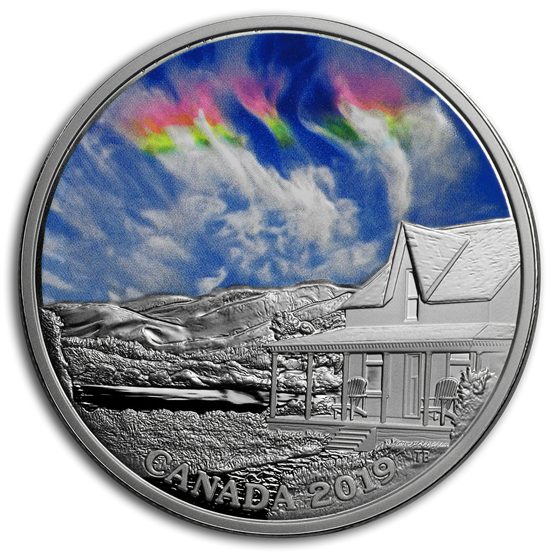 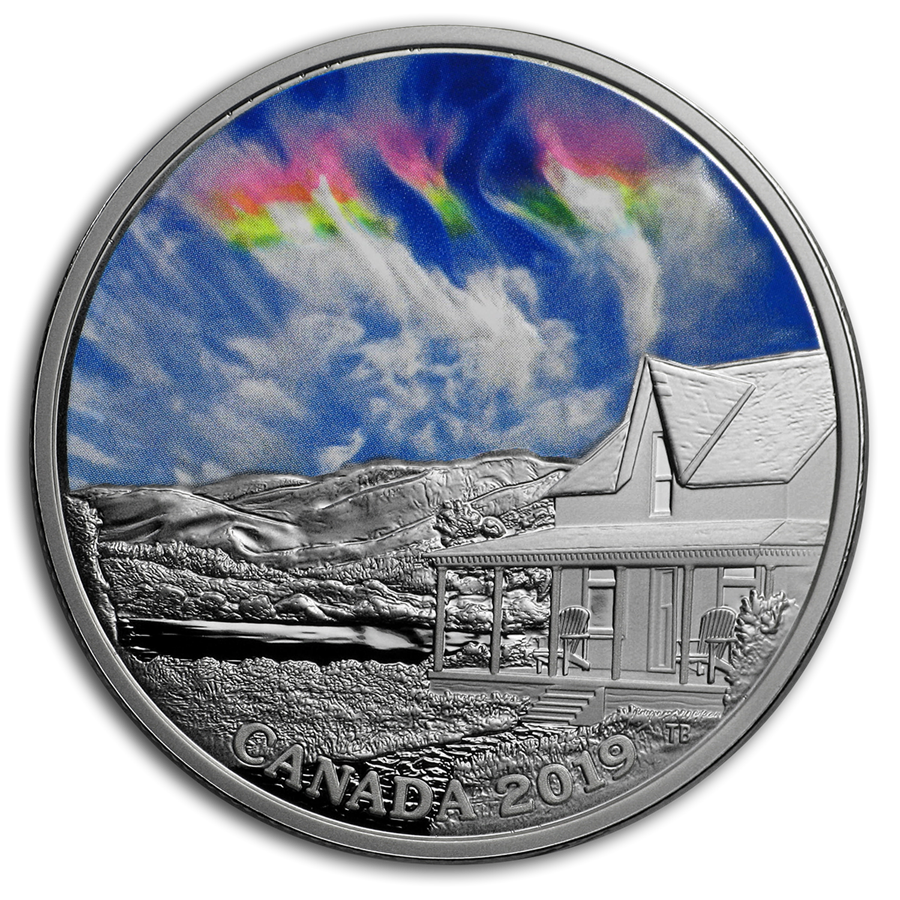 Product Details
Product Details
First coin, new series. Back by popular demand: A meteorological-themed series! The fire rainbow is the first of three of Canada’s Sky Wonders, the naturally occurring optical illusions that are a rare display in our skies.

This rare halo takes the form of a wispy, rainbow-colored cloud or band in the sky. Unlike a true rainbow, a fire rainbow requires no rain; instead, the fair-weather phenomenon appears when the sun hangs high in the sky and the cirrus clouds align. When light passes through these high-altitude clouds, it is refracted by plate ice crystals within. These crystals act like tiny suspended prisms that produce the curious rainbow pattern seen on this coin. Coin Highlights:

From nighttime displays to unusual phenomena, the skies over Canada give us plenty of reasons to look up in awe! Our three-coin Sky Wonders series places some of these celestial wonders within reach. By mixing color and lighting technologies, each coin is a fine Silver snapshot of naturally occurring optical illusions that are colorful, rare, and completely spellbinding — like the fire rainbow featured on Coin #1. A rainbow is welcome after any rainstorm. But in Canada, a more unusual sight in the sky is a fire rainbow... which isn’t a rainbow at all! The unusual band of colors blazes across the summer sky on this coin, where our version of the optical illusion is amplified by a blacklight-activated effect.