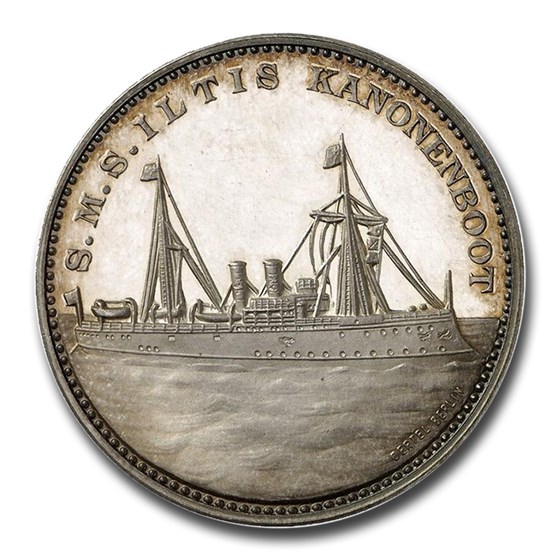 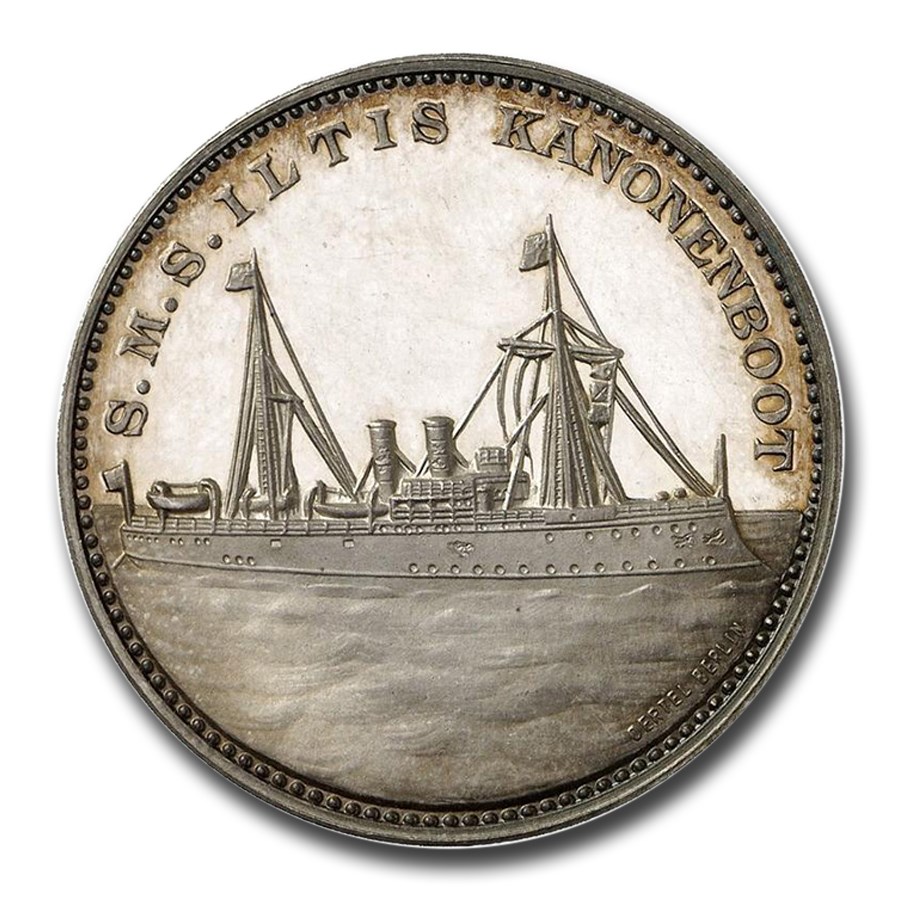 Your purchase will match the quality of the product shown.
Product Details
Product Details
An interesting and gorgeous Silver medal from Germany but is all about the history of China back in the late Qing Dynasty. Superb toning and great cameo contrast make this medal even more attractive. A piece with history and a story behind it!

Display your rare German Silver Medal in style by adding an APMEX Presentation Box to your order.

Struck to commemorate the assault by the Eight-Nation Alliance on the Haihe River during the Boxer Rebellion, where they encountered large casualties but were eventually successful in gaining the Taku Forts. The ship on the reverse was a German vessel that took sixteen shells during the assault, the highest of any foreign ship in the battle. Superbly toned, extremely rare in this quality.