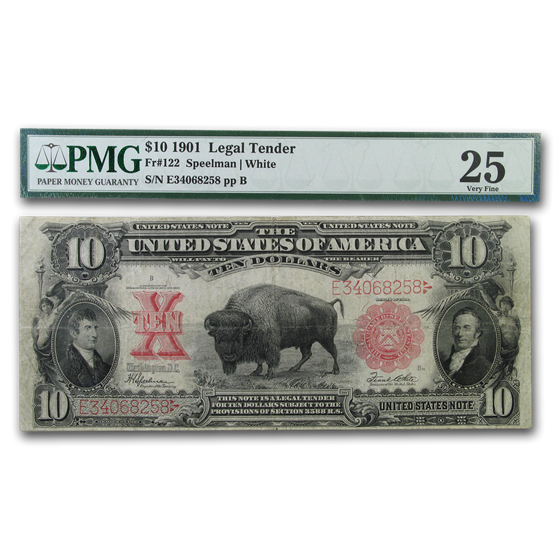 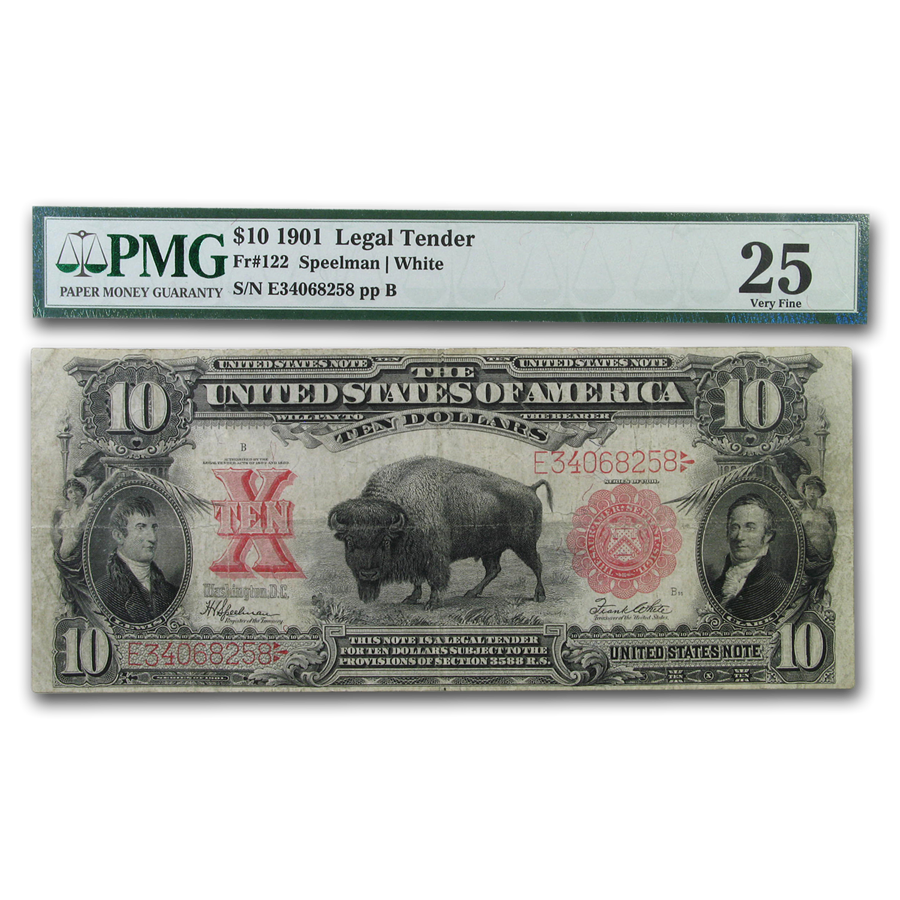 Currency Highlights:
This denomination was one of the last of this type issued and has become a collector favorite. Add this classic to your cart today!

This $10 Note would amount to roughly 1/2 months pay for a normal laborer in 1901. Common prices for Staple Food items during this period ranged from .15-.30 cents for foodstuffs and .70 cents for items like coal to heat homes. These notes represented a large sum of money for the average American and many of these notes would find their primary circulation in cities; with few moving to rural America for circulation.