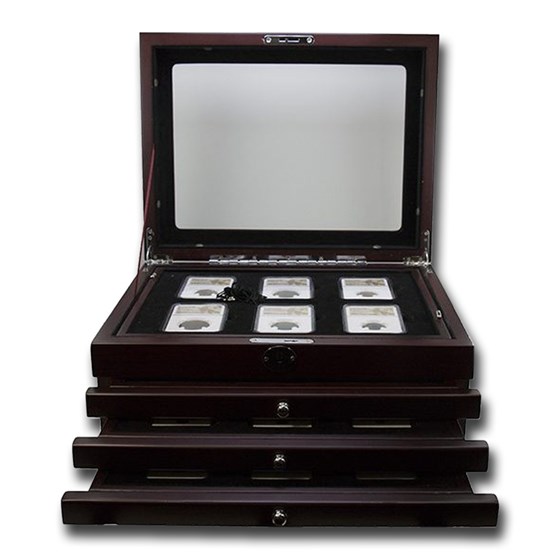 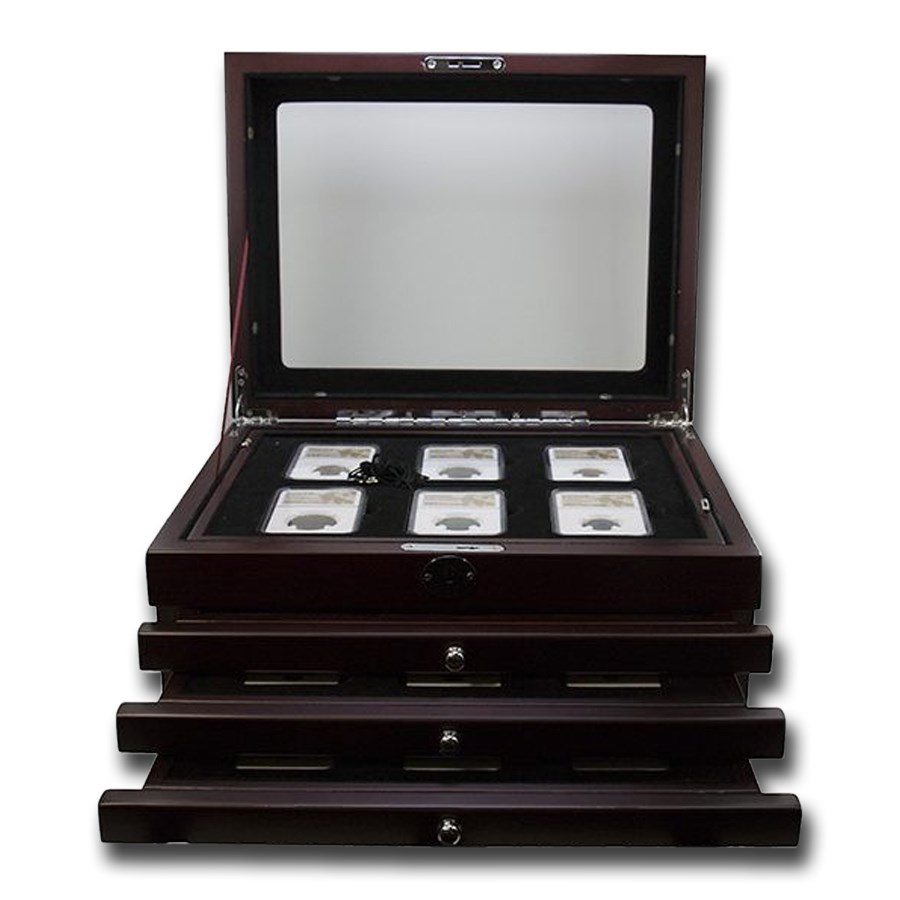 Product Details
Product Details
This 48-coin collection features 36 bronze and 12 Silver coins in VF or better condition. These coins are packaged in a wooden display box with a copy of Eric II by Rasiel Suarez, a full-color, 14-pound, 1400-page encyclopedia on Roman coins.

Set Highlights:
Own a piece of ancient history with these coins that are 1,500-1,700 years old. Add one of these Roman Coin sets to your cart today!

Following the death of Marcus Aurelius his chosen heir Commodus would see the beginning of a long decline in the Roman State. The decline can be attributed to a number of issues including military underspending and overspending on feasts and gladiatorial games. The reign of Commodus is remembered by the Roman Historian Cassius Deo as the turning in Rome feature. Deo is quoted as stating "Our history now descends from a kingdom of Gold to one of Iron and Rust".