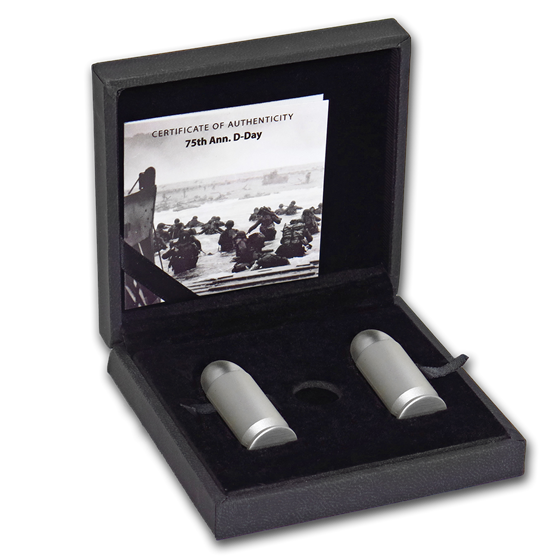 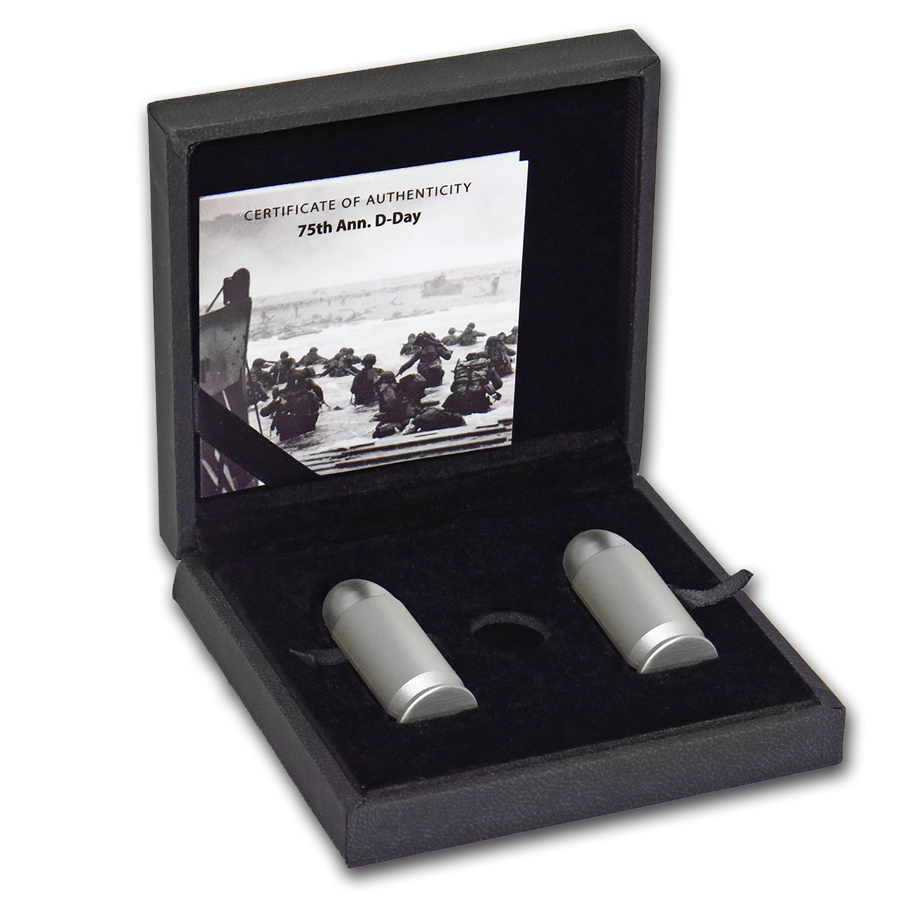 Product Details
Product Details
This amazing Silver coin set is shaped like a bullet. The bullet consists of two 1/2 oz coins that stay together with a magnet and form the shape of a bullet.

The first ever legal tender coin in the shape of a bullet. Add this historical D-Day Bullet coin to your cart today!

The Normandy landings were the landing operations on Tuesday, 6 June 1944 of the Allied invasion of Normandy in Operation Overlord during World War II. Codenamed Operation Neptune and often referred to as D-Day, it was the largest seaborne invasion in history. The operation began the liberation of German-occupied France (and later Europe) from Nazi control, and laid the foundations of the Allied victory on the Western Front.