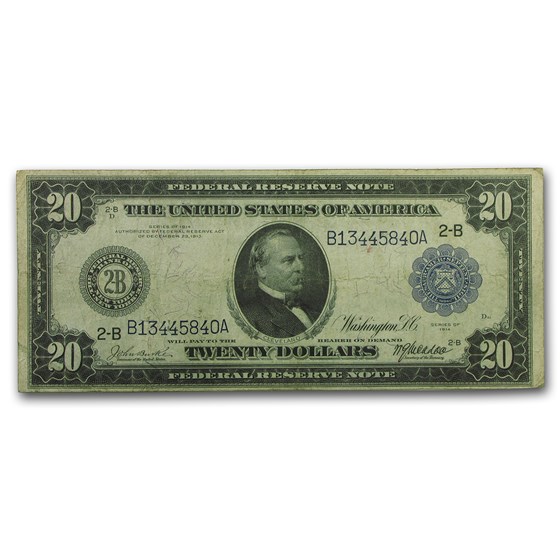 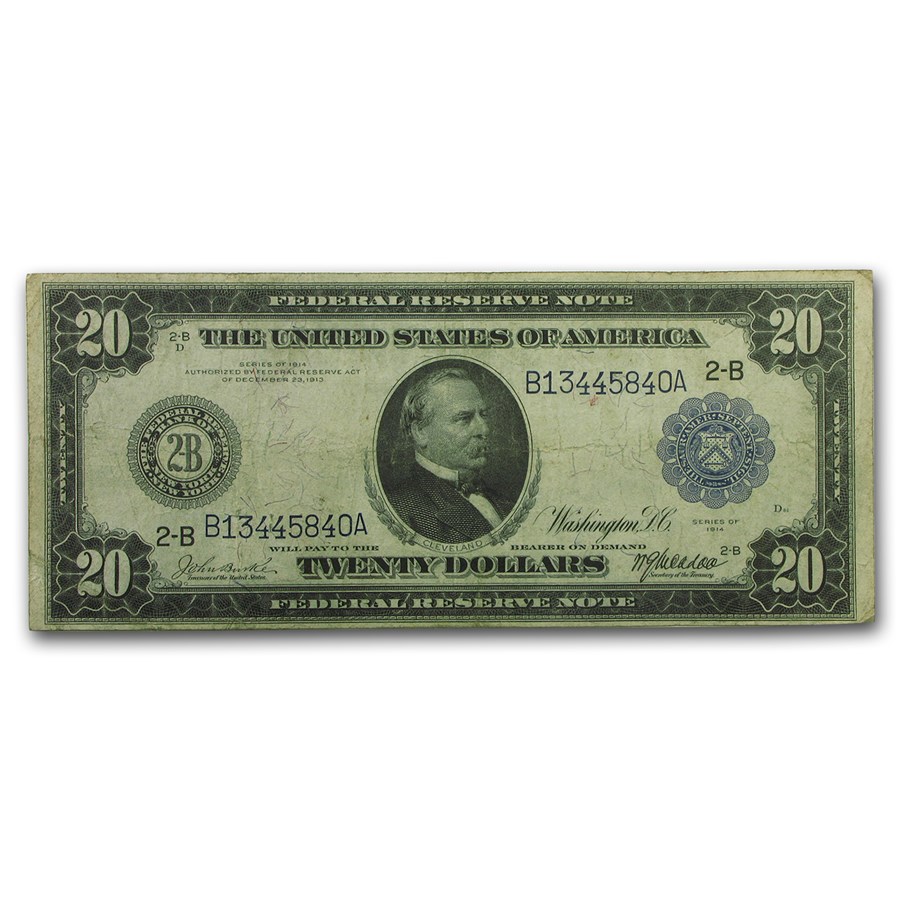 Currency Highlights:
This note is a well circulated example grading Fine plus, but still a presentable large size twenty. Add this 1914 $20.00 Federal Reserve Note to your cart today!