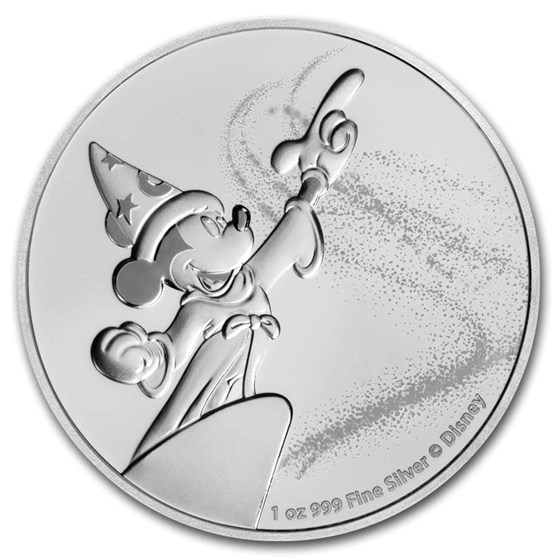 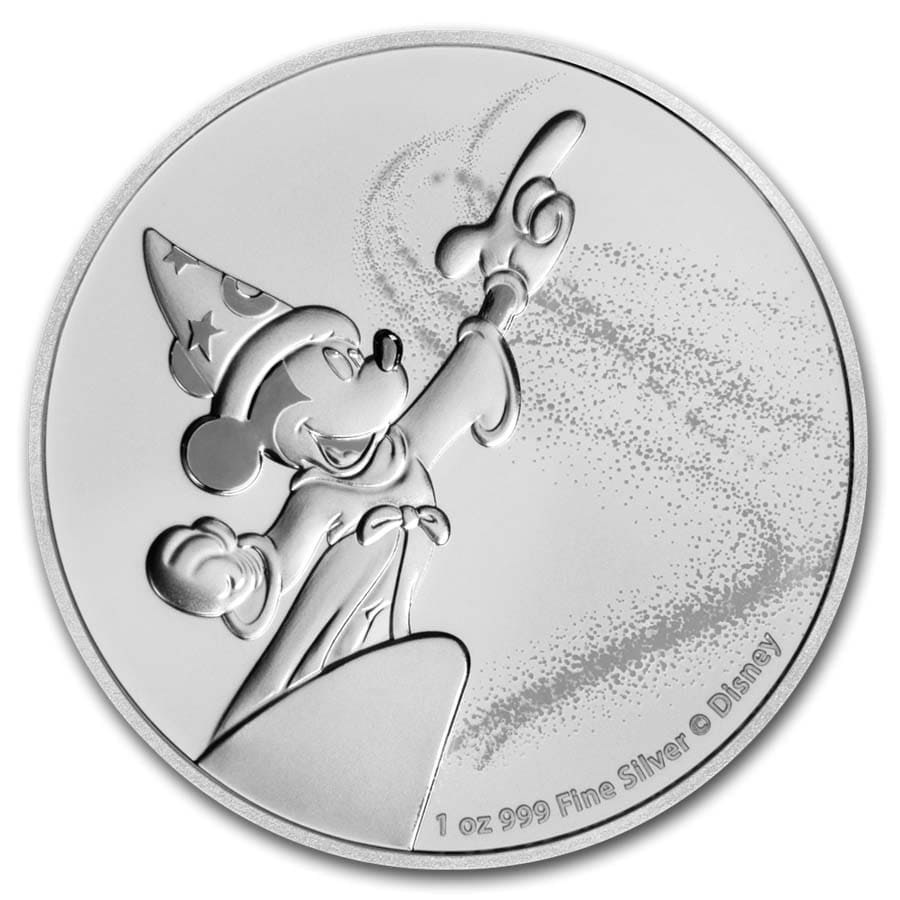 Your purchase is guaranteed to match the quality of the product shown. It will not be this exact item.
Product Details
Product Details
This stunning .999 fine Silver coin depicts the beloved Mickey Mouse as the sorcerer's apprentice, from the Disney feature film "Fantasia". There are only 15,000 coins produced worldwide.

Disney's Fantasia
The 1940 film "Fantasia" has gained critical acclaim over the years, and has also won many awards. The film includes 8 parts that are each set to classic music, with one part being "The Sorcerer's Apprentice", featuring the famous Mickey Mouse. The storyline is similar to the 1797 German poem, and follows an old sorcerer, Yen Sid, and his apprentice, Mickey Mouse. In the scene, Mickey sees Yen working on his magic, and when he leaves, Mickey decides to put on the sorcerer's hat and try magic on a broom to help complete his chores. He oversteps his limits and is unable to stop the magical broom. Yen Sid comes in just when Mickey is stuck in a whirlpool and is able to help him.