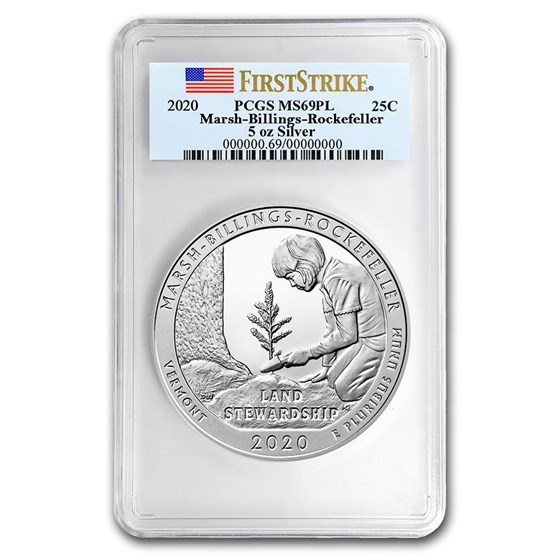 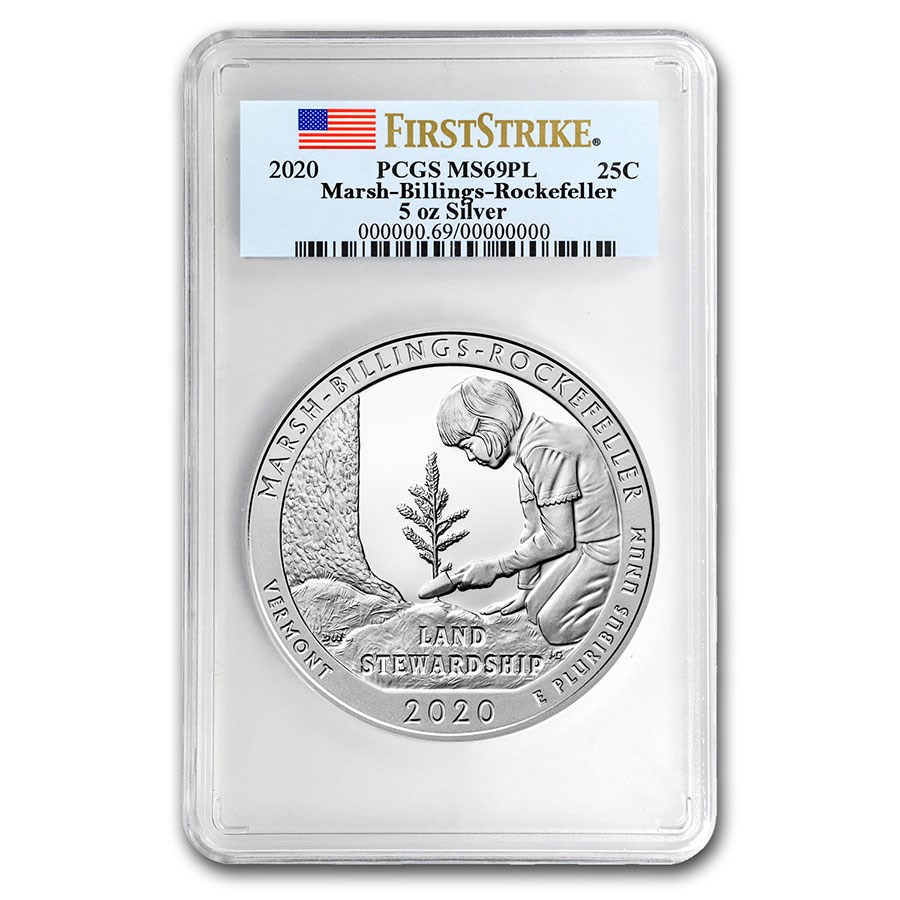 Your purchase is guaranteed to match the quality of the product shown. It will not be this exact item.
Product Details
Product Details
This is the fourth 2020 release of the popular 5 oz Silver America the Beautiful series, featuring Marsh-Billings-Rockefeller National Historical Park, Vermont. This coin is graded MS-69 PL First Strike by PCGS, the highest grade given to bullion ATBs.

This coin commemorates Marsh-Billings-Rockefeller National Historical Park in Vermont. This is the 54th release of 56 coins. These coins are sought after by investors for their .999 fine Silver content, and demanded by collectors for their artistic value.

The Marsh-Billings-Rockefeller National Historical Park is located northwest of Woodstock village in Vermont and is the only park of the U.S. National Park System that is based within the state. The property is named in honor of its past owners who made it what it is today. Charles Marsh, a prominent Vermont lawyer, built the core of the main house in 1805 where he raised his family. His son followed his footsteps into law and politics and laid the foundations for the conservation movement in the United States with the 1864 publication of Man and Nature, or the Physical Geography as Modified by Human Behavior. In 1869 the 246 acre property was purchased by Frederick H. Billings who enlarged the main house and made it into the final Victorian style it has today. Simultaneously he established a managed forest and dairy farm. Billing's granddaughter Mary French Rockefeller and her husband Laurance Rockefeller eventually transferred ownership to the U.S. federal government in 1992 where the property was designated a National Historic Landmark.