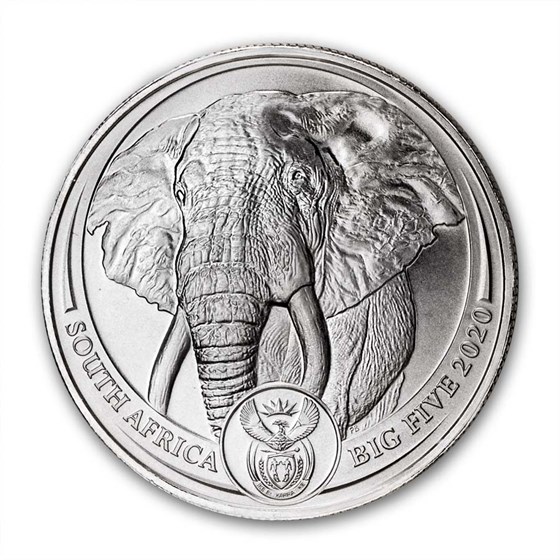 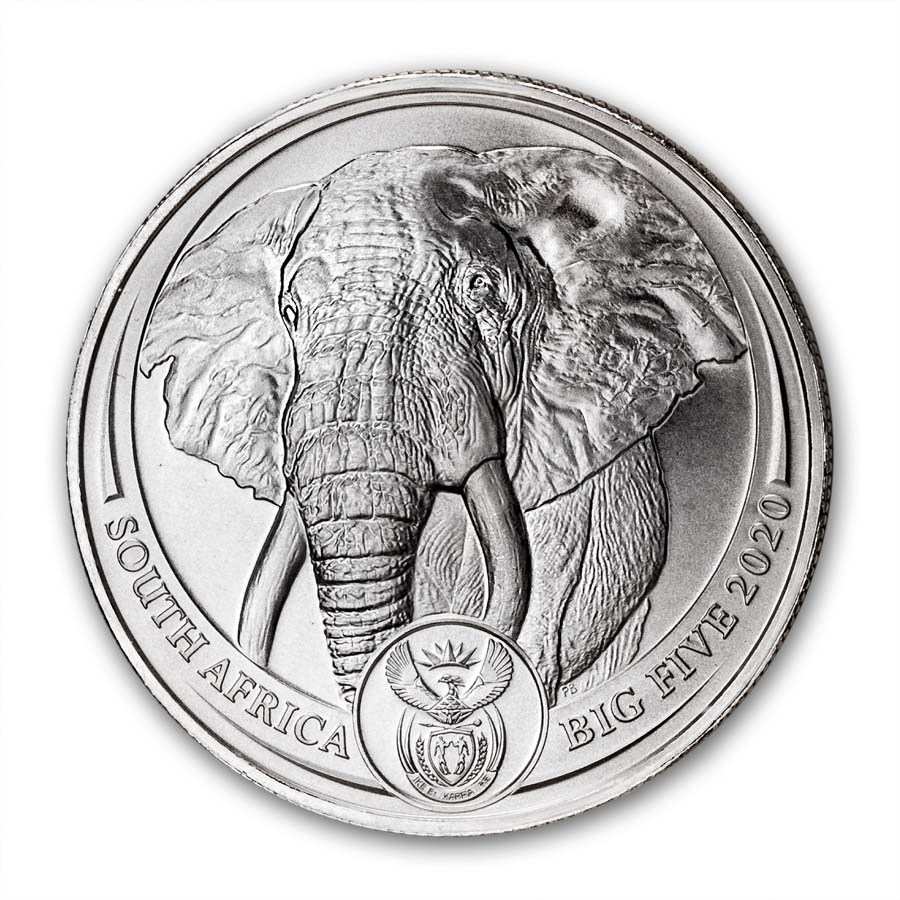 $2,375.00
Any Quantity
Product Details
Product Details
This is the first Platinum BU coin in the Big Five Series. This series will include the elephant, lion, rhino, leopard and buffalo. This coin is the first bullion coin series manufactured exclusively from South African Platinum.

Coin Highlights:
Handle your 1 oz Platinum Elephant coin with care by adding these cotton gloves to your order.

Don't miss out on the first coin of this exciting series. Add this 1 oz Platinum Elephant coin to your cart today!

The Big Five are the most dangerous animals in Africa and the include the elephant, lion, leopard, rhino and buffalo. This series has been created as a celebration of Africa's unique natural heritage, strength and beauty.

The Big 5 bullion series will introduce a new animal every six months beginning with the elephant, followed by the lion, rhino, leopard and buffalo.