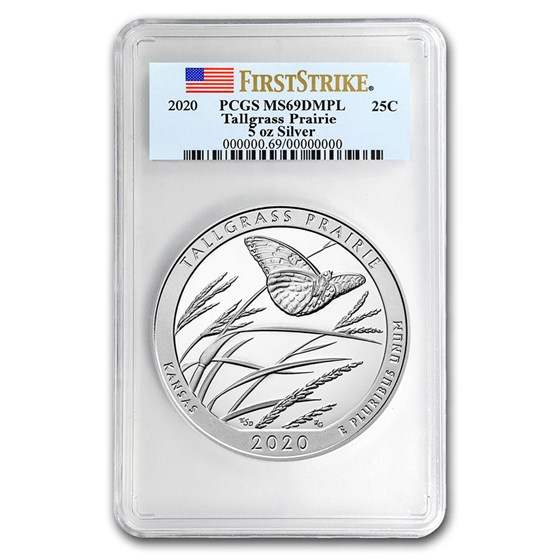 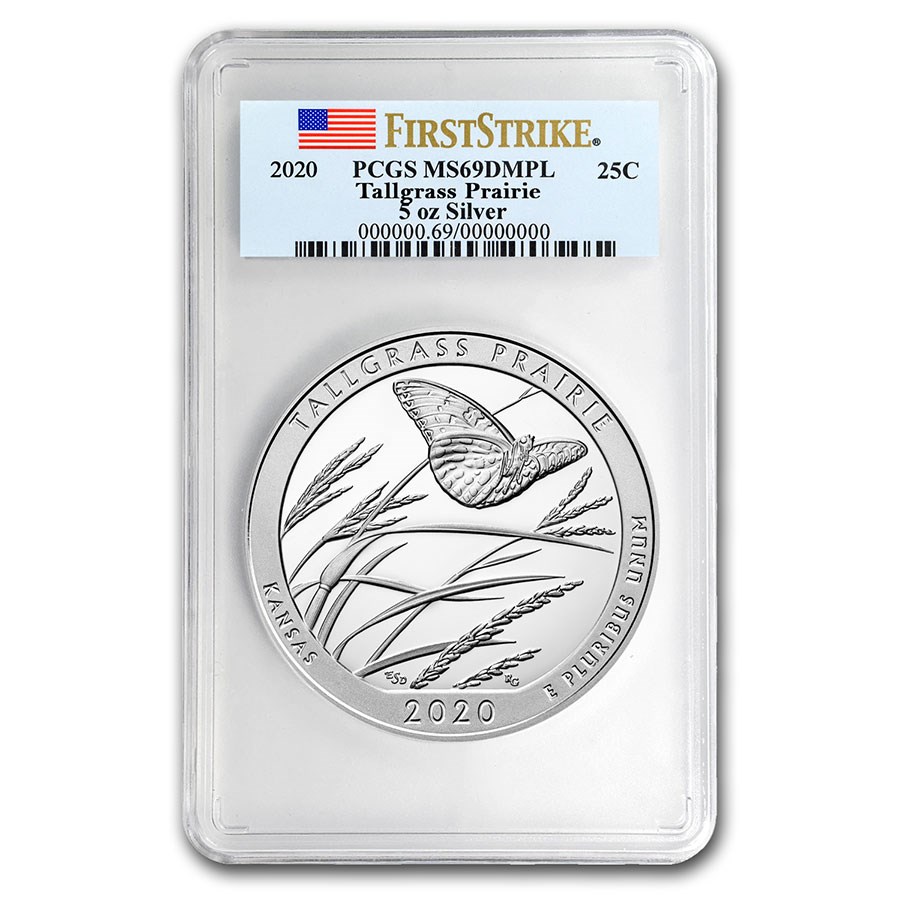 Product Details
Product Details
This is the fifth 2020 release of the popular 5 oz Silver America the Beautiful series, featuring Tallgrass Prairie National Preserve in Kansas. This coin is graded MS-69 DMPL First Strike by PCGS, the highest grade typically given to bullion ATBs.

This coin commemorates the Tallgrass Prairie National Preserve in Kansas. This is the 55th release of 56 coins. These coins are sought after by investors for their .999 fine Silver content, and demanded by collectors for their artistic value.

Coin Highlights:
Protect your graded Silver America The Beautiful coin in style by adding a beautiful display box to your order.

Tallgrass Prairie National Preserve is a new type of national park wherein the land is managed by the National Park Service, but privately owned. 1991 legislation called for the creation of the Preserve, but local groups objected to National Park Service ownership. In 1994, senators Kassebaum-Baker and Bob Dole introduced a bill to allow for the creation of the national preserve while limiting National Park Service ownership to no more than 180 acres of the total area. Located in the Flint Hills region of Kansas, north of Strong City, the 10,894 acre Spring Hill/Z-Bar Ranch, comprising today's preserve, was purchased by the private National Park Trust. In 2005 it sold again to The Nature Conservancy. Today the preserve protects a large section of tallgrass prairie habitat and is home to a growing herd of bison. Over 40 miles of hiking trails are maintained on the property as well, allowing visitors to hike the scenic grasslands.

It has eye appeal