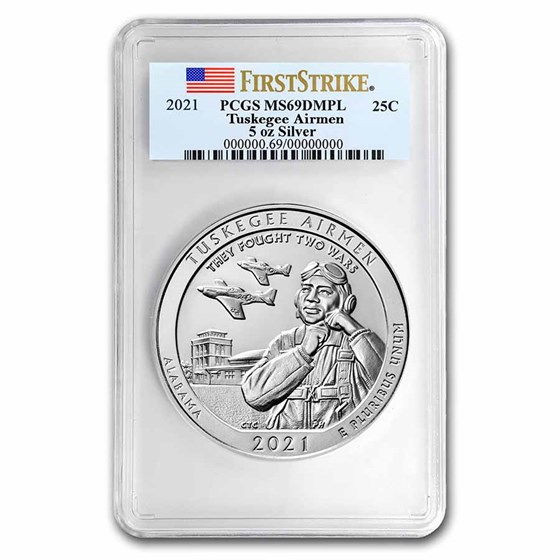 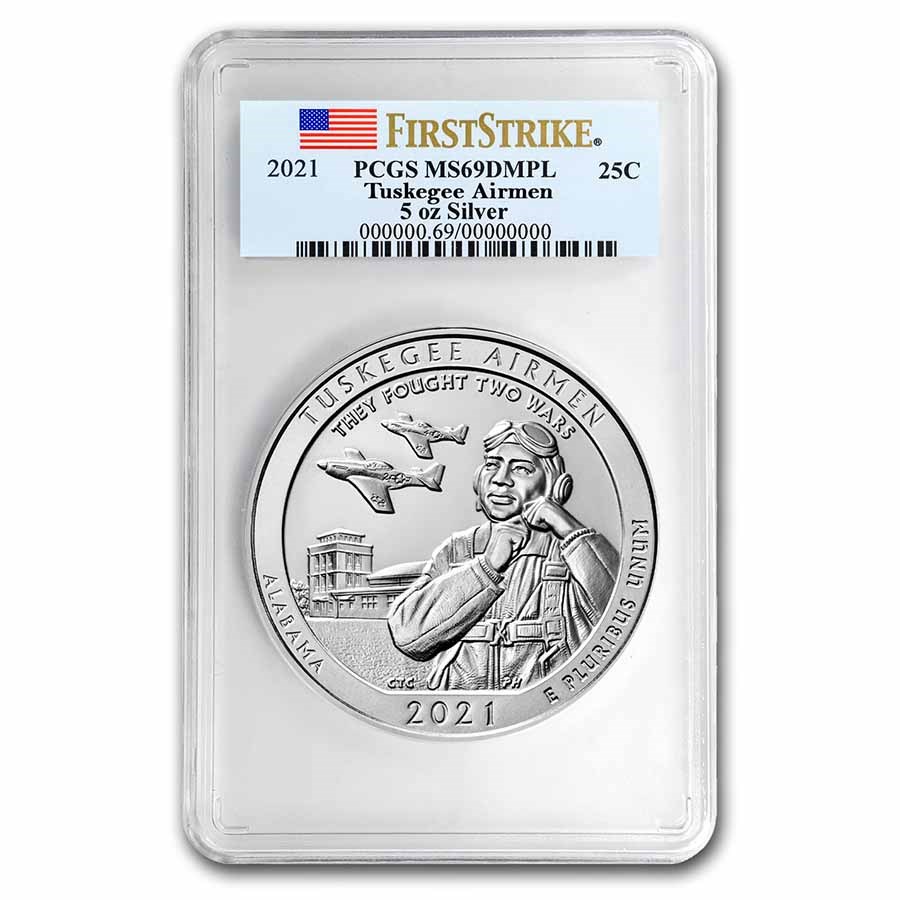 Your purchase is guaranteed to match the quality of the product shown. It will not be this exact item.
Product Details
Product Details
This is the final release of the popular 5 oz Silver America the Beautiful series, featuring the Tuskegee Airmen National Historic Site in Tuskegee, Alabama. This coin is graded MS-69 DMPL First Strike by PCGS, the highest grade given to bullion ATBs.

Coin Highlights:
Protect your graded Silver America The Beautiful coin in style by adding a beautiful display box to your order.