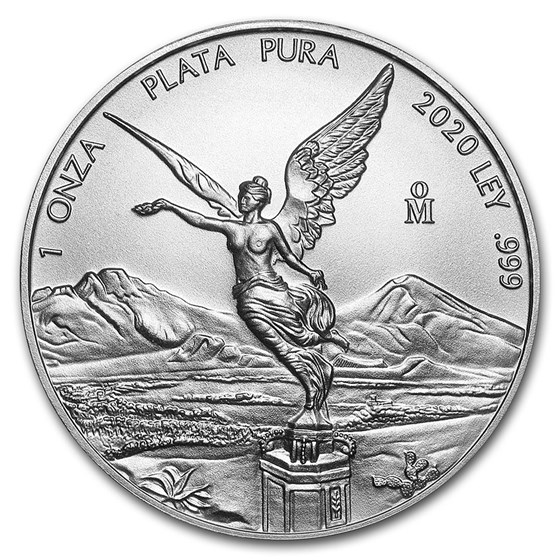 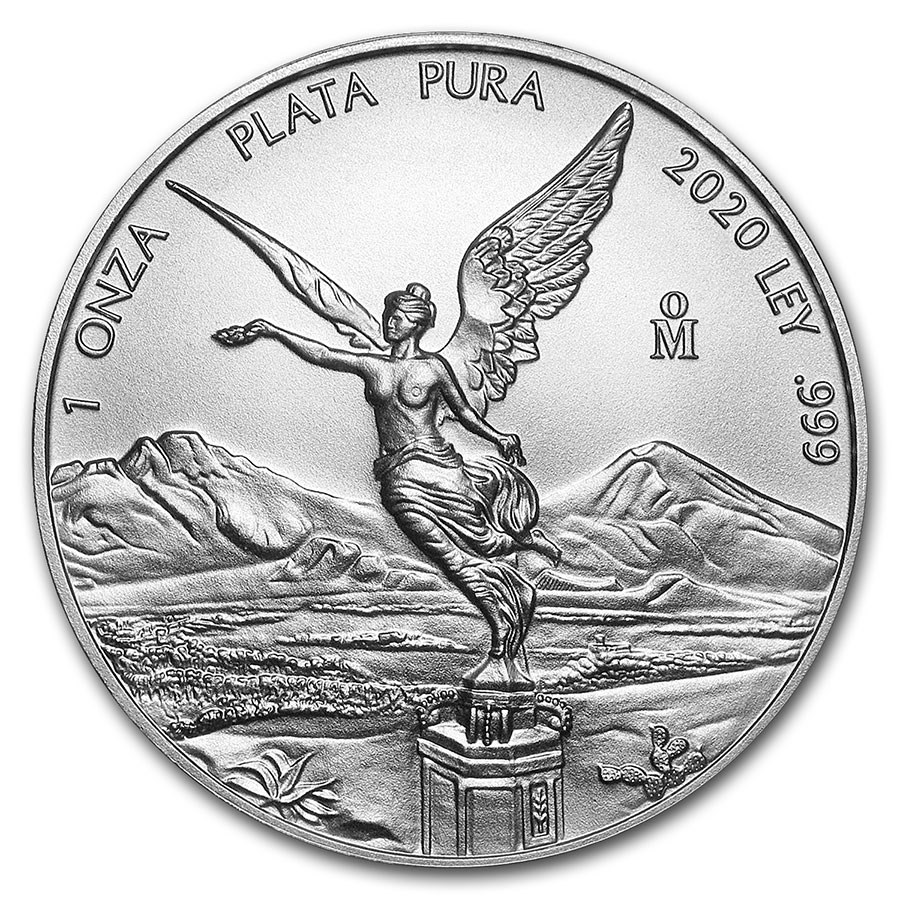 Product Details
Product Details
The 2020 Silver Libertad marks the 39th annual release of the Mexican Silver Libertad. Silver Libertads have mintages that vary each year, and some years have mintages that are much lower, adding to the collectibility of the series.
Silver Libertads have a classic design that stands out in any collection. This stunning 1 oz Silver BU coin is a popular choice not only because of its attractive design but also its mintage at Casa de Moneda de México, the oldest mint in the Americas. This 2020 release has a mintage of only 300,000 coins, less than half of the 2017 release!


Protect your 2020 Silver Libertad with this clear plastic capsule or display it in style by adding an attractive presentation box or jewelry bezel to your order.

The highly anticipated release of the 1 oz Silver Libertad is now available. Add this 2020 1 oz Silver Mexican Libertad coin to your cart today!

Mexican Silver Libertads
The 1 oz Silver Libertad Brilliant Uncirculated coin was first introduced in 1982, and have been produced annually since their introduction. The coins are produced at La Casa de Moneda de México, the oldest Mint in North America. Each year of release has varying mintages, typically much lower than other bullion counterparts, which adds to the collectibility of the Libertad series. These Silver coins have been introduced in different sizes and finishes, but the 1 oz Silver Libertad remains a classic choice for investors. The obverse of the coin features Mexico's coat of arms, with the design updating in 2000 to also picture the historical coat of arms of Mexico. The reverse of the beautiful coin tells the legend of two star-crossed lovers, princess Iztaccíhuatl and warrior Popocatépetl, turned into volcanoes by the Aztec gods, so they can finally be together. The angel of Victory depicted on the reverse was changed in 1996 to show a three-quarter side profile. Coins produced from 1982-1995 show the old angel design.

These seem to sell out fast when they are available looks good.Thanks.

Out of every coin in my collection libertads are my favorite no question. All libertads are low mint compared to other sovereign bullion coins but 2020 only 300k were minted. Ill buy more when i can. Thanks APMEX.

This is a low mintage year and premiums will rise over the years.

Add the Mexican silver libertad to my collection every year this year has a?lower mintage than normal nice coin for any collection

I purchase the Libertads every year when they come out.

I collect these every year. However 2020 was different. Like everyone I had to wait till later in the year. APMEX was the first company that offered the 2020's. The folks at APMEX were great and the value was exceptional. I purchased two tubes of the 1 oz BUs (one to share and one to hold on to as an investment). I enjoyed working with APMEX and look forward to ordering again soon.

Mexican libertads low mintage and iconic design made me place an order w APMEX. As soon as APMEX started taking pre orders I jumped on it. Thank you APMEX for making these coins available for purchase! ++++A