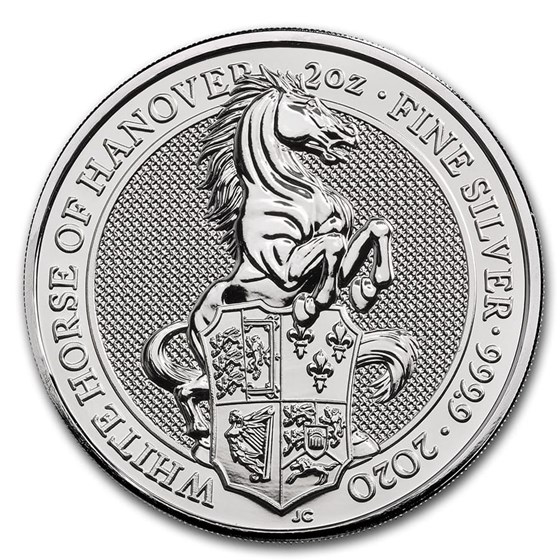 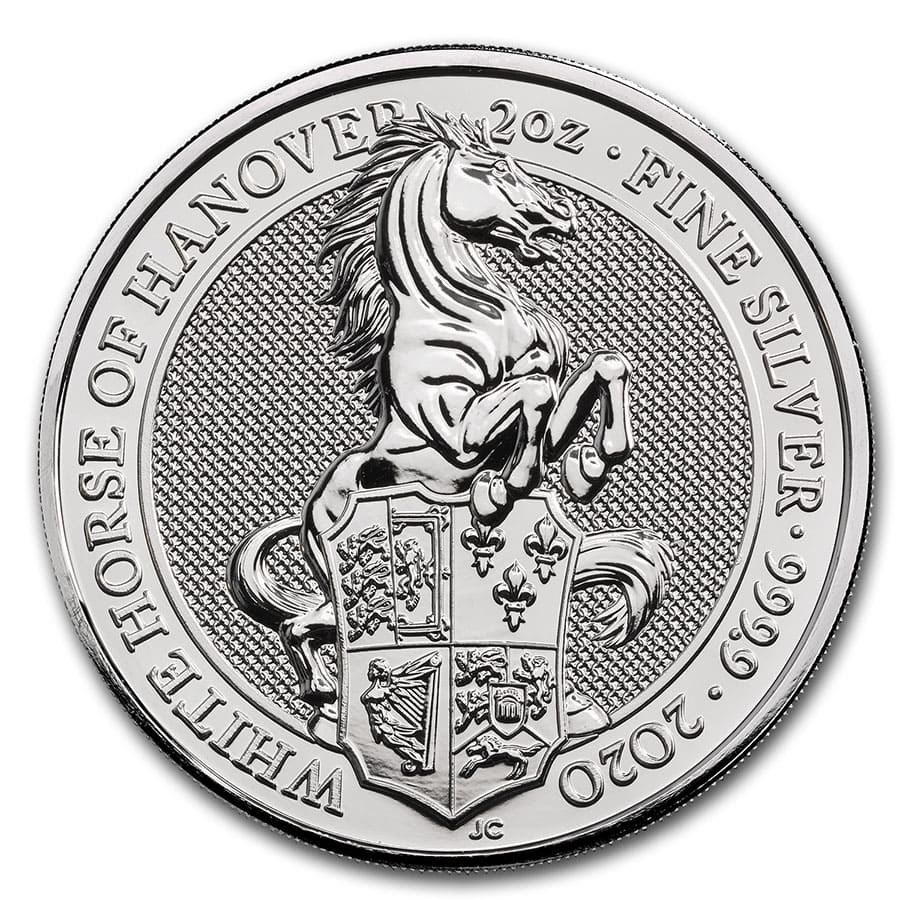 
The 2020 Queen's Beasts Silver White Horse coin is the ninth 2 oz Silver British Bullion coin from the Royal Mint. Add the ninth coin of this popular 10-coin series to your cart today!

The Queen's Beast Series & The White Horse of Hannover
This 10-coin series was first introduced by The Royal Mint in 2016 with the introduction of the Lion in 1 oz .9999 fine Gold and 2 oz .9999 fine Silver. Since the first release, the series has been popular among investors & collectors alike, and has expanded to include bullion coins in 1 oz Platinum and 10 oz Silver, as well as Gold and Silver Proof releases in a variety of sizes. The reverse of each release features one of the 10 famous beasts, and the 2020 release features the White Horse of Hannover. In 1714, the rulers of the German duchy of Hanover, Georg Ludwig, succeeded to the throne of Great Britain as George I. He brought with him the heraldry of the region, including the ancient device of a white horse on a red background.

This solid 2 oz silver coin has been marvelously crafted with a beautiful design and coat of arms on the front side of the coin. I only wish I would have found these coins when the series first started but it is a wonderful addition to my collection. The 2 oz coin has a good feel in my hand and I appreciate the detail and craftsmanship that went into this design.

A collection to have

One in a series of ten beasts, plus a final “completer” coin. The coin is beautifull. The full set, in its case, is incredible.

I am just getting started with my Queen's Beasts collection and love the designs. This one came with its own case and I immediately noticed the amazing shine of the coin in any light. The weight/feel of a 2 oz. coin is also pretty special and definitely worth adding to your collection.

Amazing product get the set

I love the 2 oz coins such as the Queens Beast and the Hawkbill Turtle.

Great series of coins. I will continue to collect new offerings.

The QUEENS BEASTS series is one of the finest coins produced. Very detailed, striking finish.