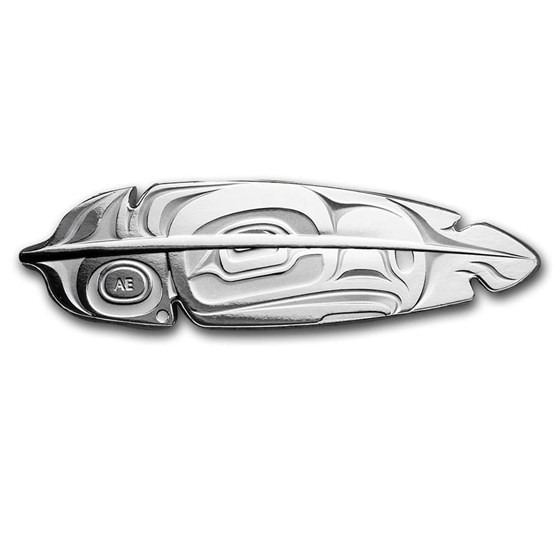 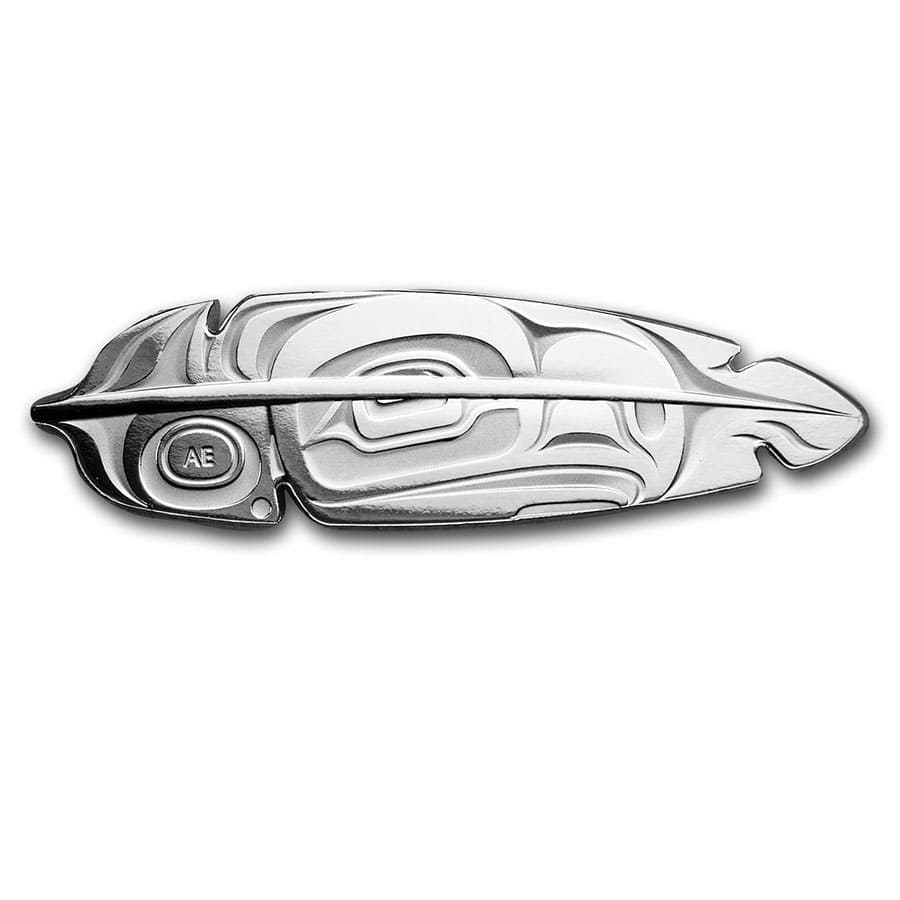 Product Details
Product Details
Sold out at the mint! The Royal Canadian Mint's first feather-shaped coin shows reverence to both the eagle and its feather — two symbols that have special cultural and spiritual significance to the First Peoples in Canada.

A specially shaped tribute to a great cultural icon, the eagle, whose feather inspired the coin’s shape! Add this Silver $20 Eagle Feather coin to your cart today!

Strength. Peace. Wisdom. Honor. The eagle represents the noblest qualities a person can have. As a messenger to the Creator, its wing feathers deliver thoughts and prayers to the spirit world whenever the eagle takes to the skies. Our first feather-shaped coin shows reverence to both the eagle and its feather—two symbols that have special cultural and spiritual significance to Indigenous peoples in Canada. The eagle is depicted in a Northwest Coast style on the engraved reverse, where the eye hints at its sharp vision and intelligence. Its feather, which inspired the shape of this coin, commands great respect; whether worn, held high or held close to one’s heart, an eagle feather is a privileged gift that transmits strength and love while representing the highest honor.

“I decided to include the head of an eagle with the form of the feather to drive home the idea of where this particular feather came from. I think it’s significant to mention that the shape of eagle feathers has helped inform certain forms within the Northwest Coast formline style —especially the “split u” shape, which was inspired by the feather and is featured in this design.” Artist: Andy Everson