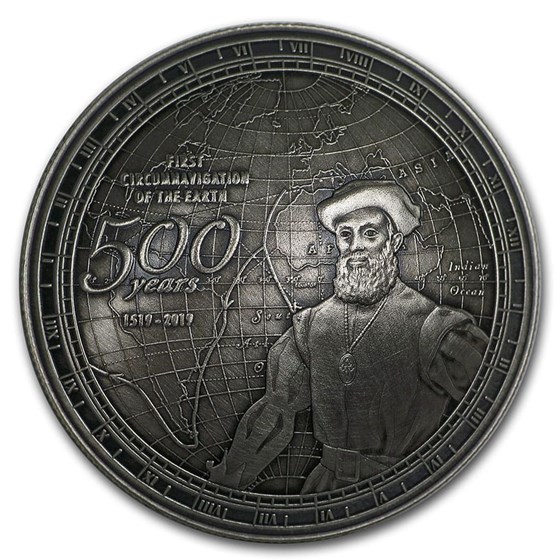 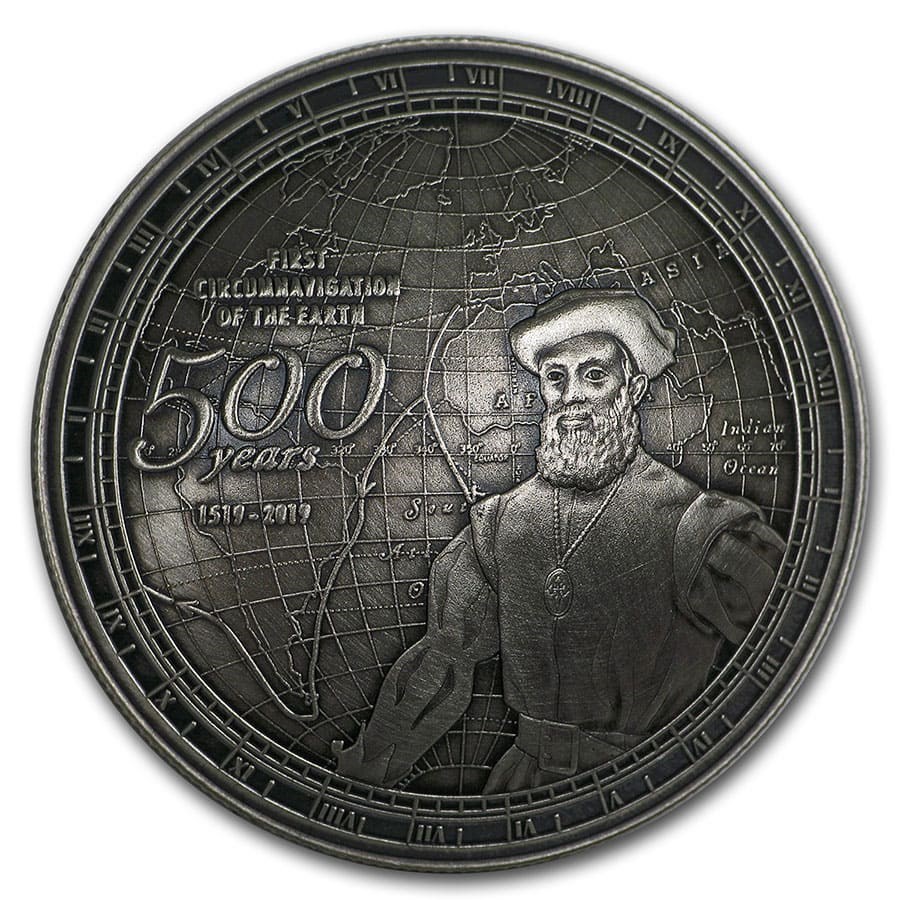 Your purchase is guaranteed to match the quality of the product shown. It will not be this exact item.
Product Details
Product Details
This Silver coin is dedicated to the 500th Anniversary of the first circumnavigation of the Earth guided by Ferdinand Magellan. A domed shaped coin with a mintage of only 599 pieces worldwide.

An historical coin which is round on one side and flat on the other and is lightly antiqued. Add this Earth Domed Coin to your cart today!

In 1519, Portuguese explorer Ferdinand Magellan launched a Spanish expedition, the Armada de Molucca, that completed the first circumnavigation of the world in 1522. The expedition's goal was to find a western route to the Moluccas (Spice Islands). Magellan left Spain on September 20, 1519, sailed across the Atlantic, and discovered the strait that now bears his name, allowing him to pass through South America into the Pacific Ocean (which he named). The fleet crossed the Pacific, stopping in what is today called the Philippines, and eventually reached the Moluccas after two years, accomplishing its goal.

The historical subject caught my attention, plus I have other domed coins. The burnished patina was darker than I would have liked, but the navigation route design was very well done.