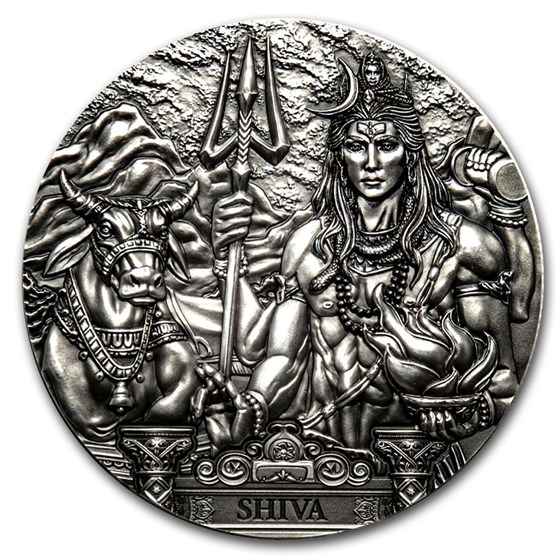 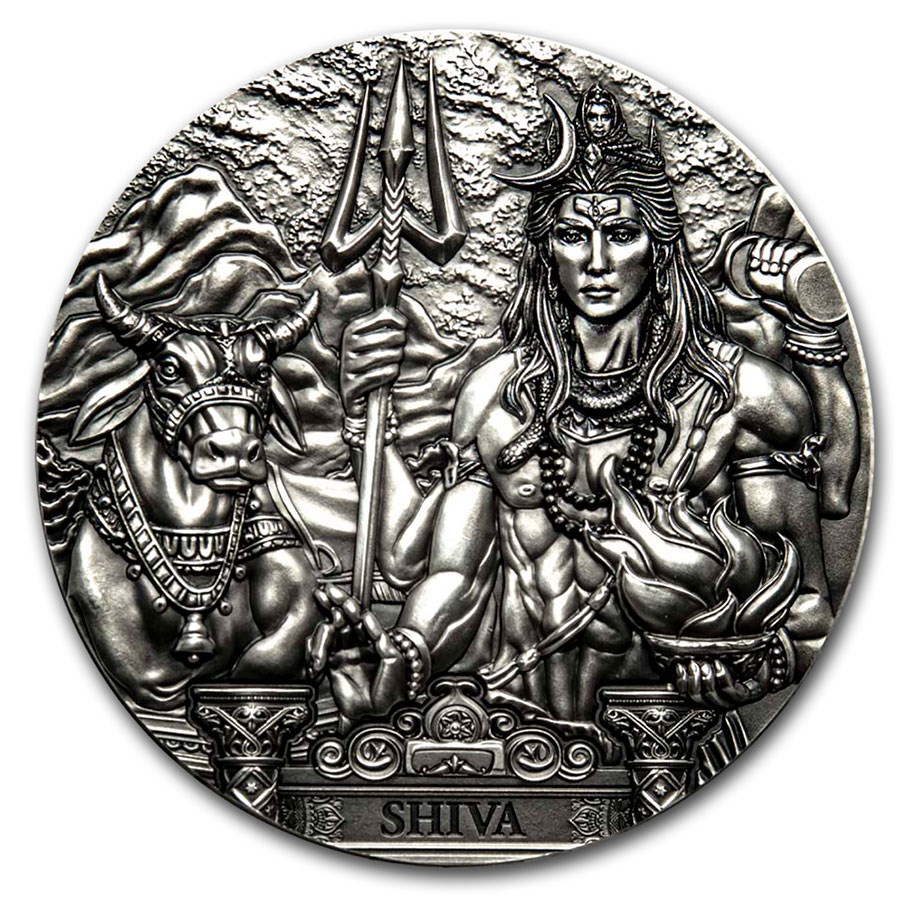 Your purchase is guaranteed to match the quality of the product shown. It will not be this exact item.
Product Details
Product Details
This amazing coin is the fourth release in the Gods of the World series and has a mintage of only 333 coins worldwide.

Handle your coin with care by adding these cotton gloves to your order.

This coin has an incredible relief thanks to Smartminting. Add this Silver Antique Shiva coin to your cart today!

Shiva is one of the most important gods in the Hindu pantheon and, along with Brahma and Vishnu, is considered a member of the holy trinity (trimurti) of Hinduism.