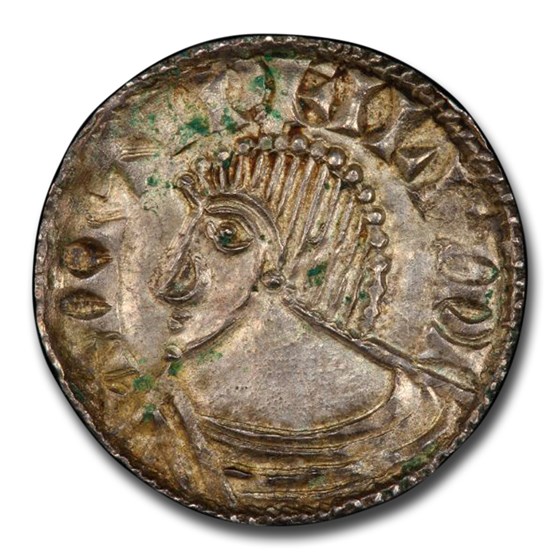 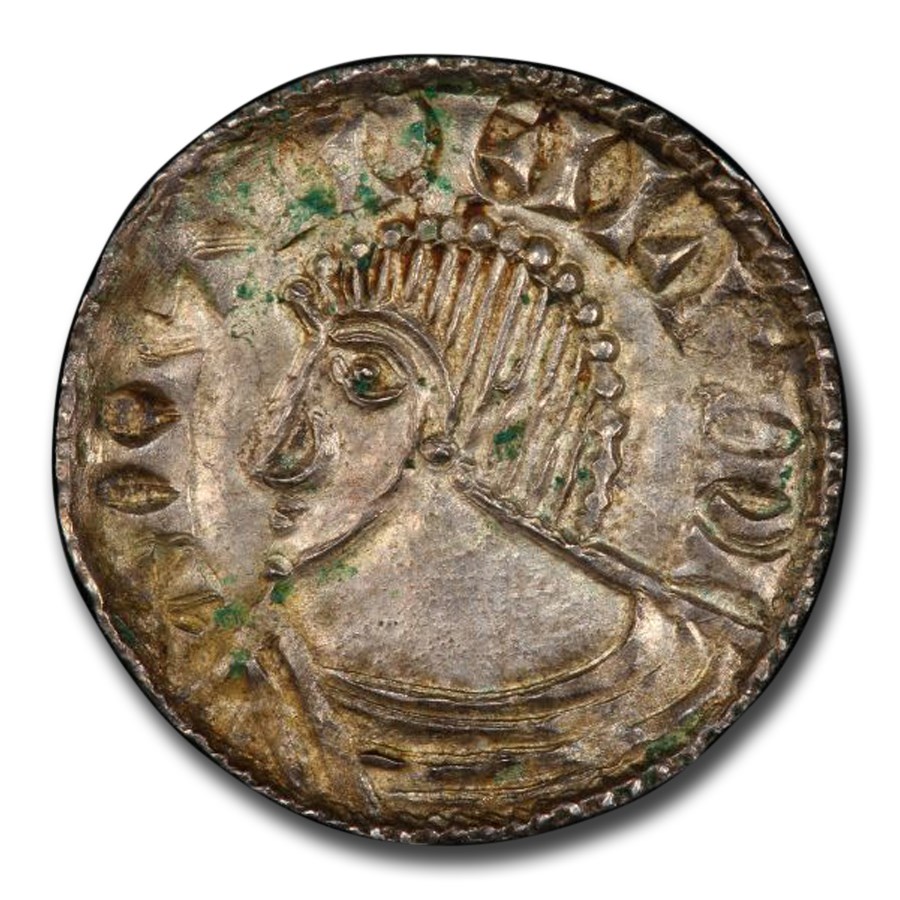 Product Details
Product Details
The imitative coins of the Vikings began more eccentric and less uniform over time. Dies would be cut increasingly cruder to a point that they became nearly unintelligible though continued to be readily accepted by the public.

Coinage originated in Ireland around the end of the first millennium, when the king of Dublin, Sihtric III Olafsson, authorized small Silver coins to help pay for the town's defense, and the designs of these coins all but copied those from the contemporary Anglo-Saxon kings just to the east, Æthelred II and Cnut, the only real difference being that they were inscribed in Sihtric's name instead. The popularity and recognizability of these issues led to their further production under successive kings of Dublin for the better part of the next two centuries, though the style and production became more schematized and eccentric, with heads turning into virtual stick figures, and inscriptions turning into token slashes and circles, with no attempt made to convey and intelligible message---the public knowing exactly what they were. These pieces emanate from one of the earlier periods during which artistry and design was still desired, a concept which the finished product clearly embodies.