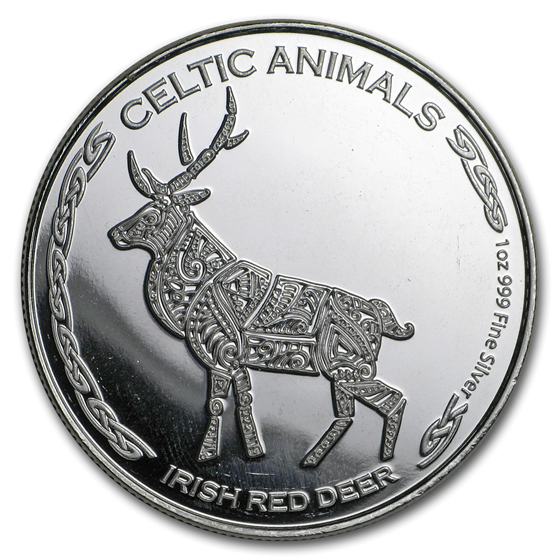 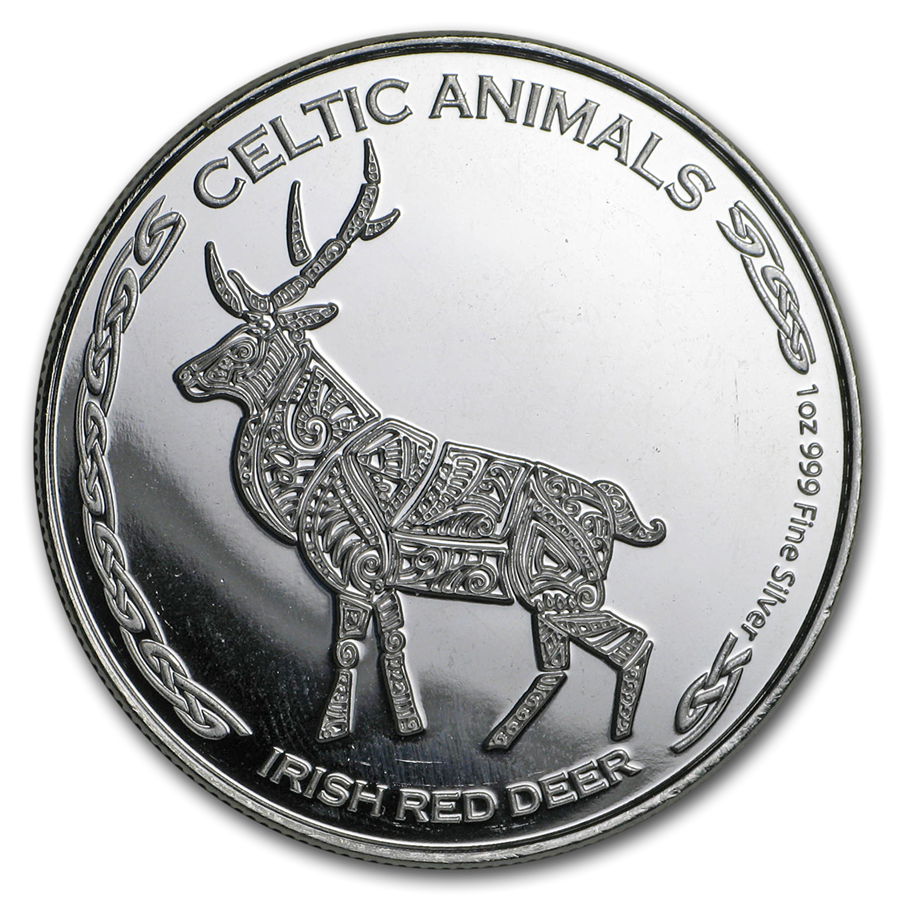 Your purchase is guaranteed to match the quality of the product shown. It will not be this exact item.
Product Details
Product Details
Coins in this listing contain rim dings, spotting, light handling marks or other abrasions.

The deer was the oldest creature in existence according to the Celts. The deer was a symbol of life, fertility and vitality while their antlers were a symbol of the tree of life. Each coin in the series will have a unique design and different animal featured. The changing designs and limited mintages makes this series an enticing series for collectors and investors alike.

Republic of Chad Celtic Animals Series
The Celtic Animals Series features 1 ounce Silver coins with an image of different animals, each with a Celtic artistic depiction. These coins have limited mintages, along with a changing design per release, adding to their collectibility. The Irish Red Deer is the first release of the series.