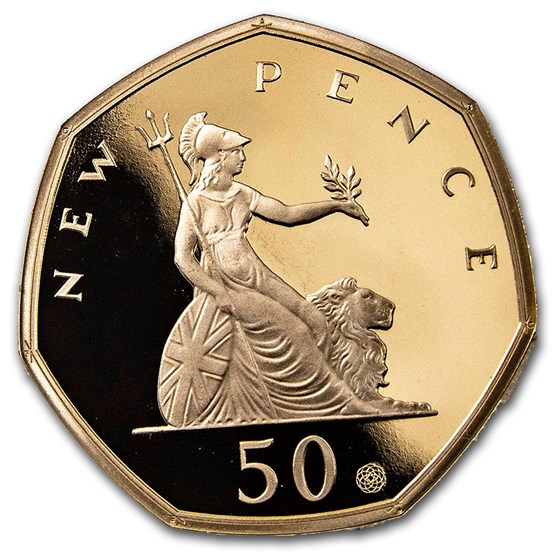 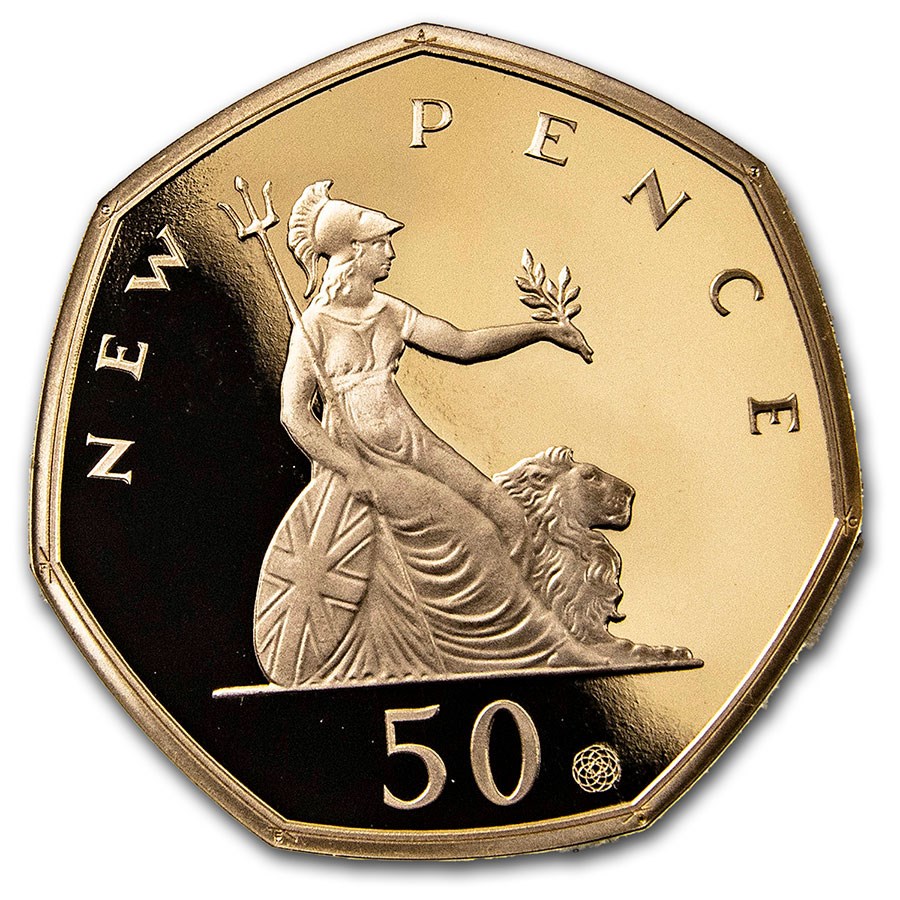 Your purchase is guaranteed to match the quality of the product shown. It will not be this exact item.
Product Details
Product Details
This official UK 50 pence coin commemorates the 50th anniversary of the introduction of the world's first seven-sided coin. There is a special privy mark on the rim of the coin, and a limited edition presentation of only 300 coins in this size.

This Gold Proof celebrates the 50th anniversary of the first seven-sided coin's introduction. Add this 2019 Great Britain Gold Proof 50 Years of the 50 pence coin to your cart today!

First introduced in October 1969, the 50 pence has become a mainstay of British coinage over the years, with its unique seven-sided shape. This 2019 anniversary coin marks 50 years of this iconic coin, and the reverse design features the iconic Britannia design, inscribed with"NEW PENCE" similar to the original 1969 coin. On the outer rim of the reverse, the letters A to G appear on each point and are joined by arced crossing lines - a minting first on a 50p coin. A secondary mark is also on the reverse of the coin, with a spirograph-type design drawn from an extension of lines forming the 50p shape.

Each coin is struck in 22 karat Gold, and finished to a Proof standard.