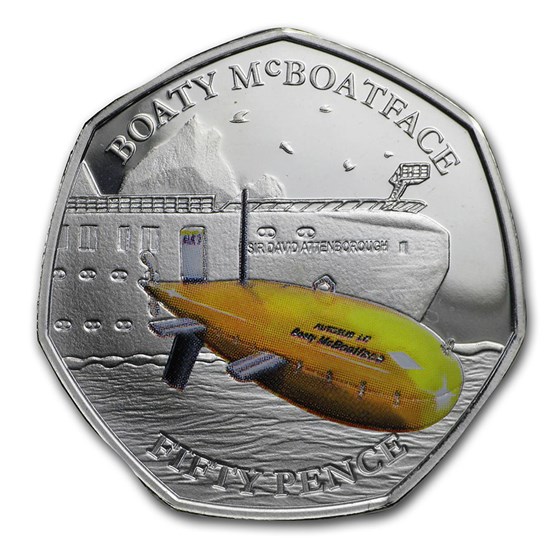 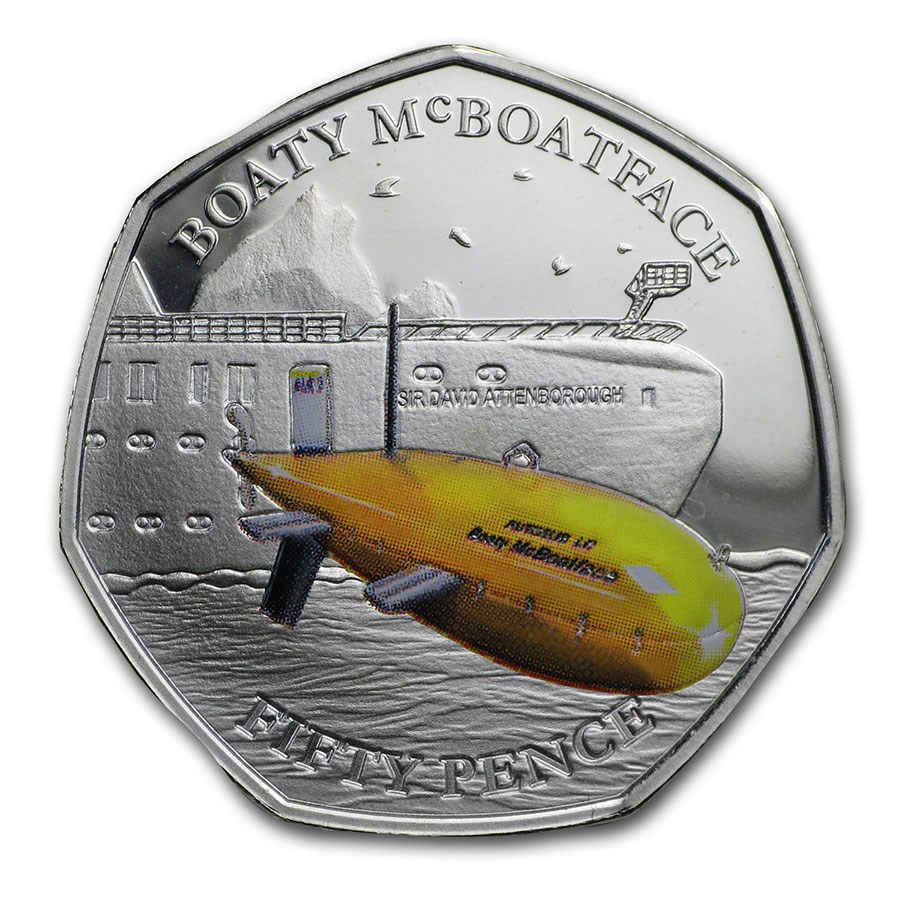 Your purchase is guaranteed to match the quality of the product shown. It will not be this exact item.
Product Details
Product Details
Pobjoy Mint is delighted to announce the release brand new 50 pence Boaty McBoatface coin to celebrate such a historic event.

Coin Highlights:
This coin is a fantastic addition to any numismatic collection. Add this 2019 British Antarctic Territory Silver coin to your cart today!

In 2016 the Natural Environment Research Council (NERC) launched a campaign to find a name for the UK’s new polar research ship. The nation’s imagination was truly captured by the playful suggestion of Boaty McBoatface. Although not quite fitting for the state of the art research ship, the popularity of ‘Boaty’ could not be ignored. Today the National Oceanography Centre’s Autosub Long Range autonomous vehicles proudly carries the name.

Launched from the decks of RRS Sir David Attenborough Boaty will travel thousands of kilometers beneath the polar oceans, helping oceanographers investigate melting ice and other changes in Antarctica and the Arctic. Commissioned by NERC, built by Cammell Laird for operation by British Antarctic Survey, the RRS Sir David Attenborough will officially be named at a special ceremony at the shipyard on 26 September 2019.

Boaty McBoatface will be carried on the research vessel RRS Sir David Attenborough and will be undertaking scientific research. The findings will be sent back to scientists aboard the research vessel and on land. The AUV is able to travel on its own under water and ice reaching depths of 6,000 m and with a range of up to 6,000 km.