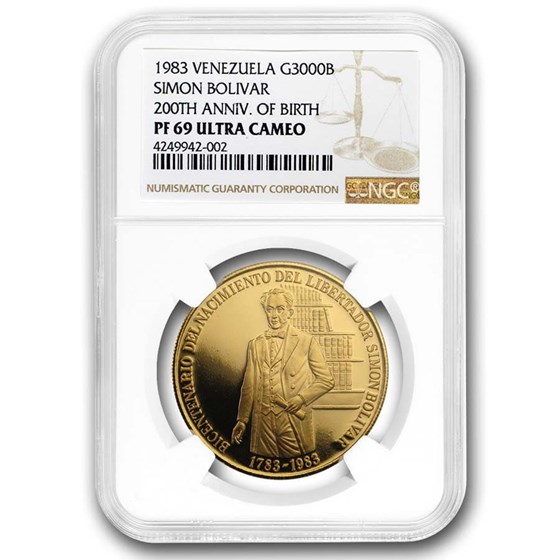 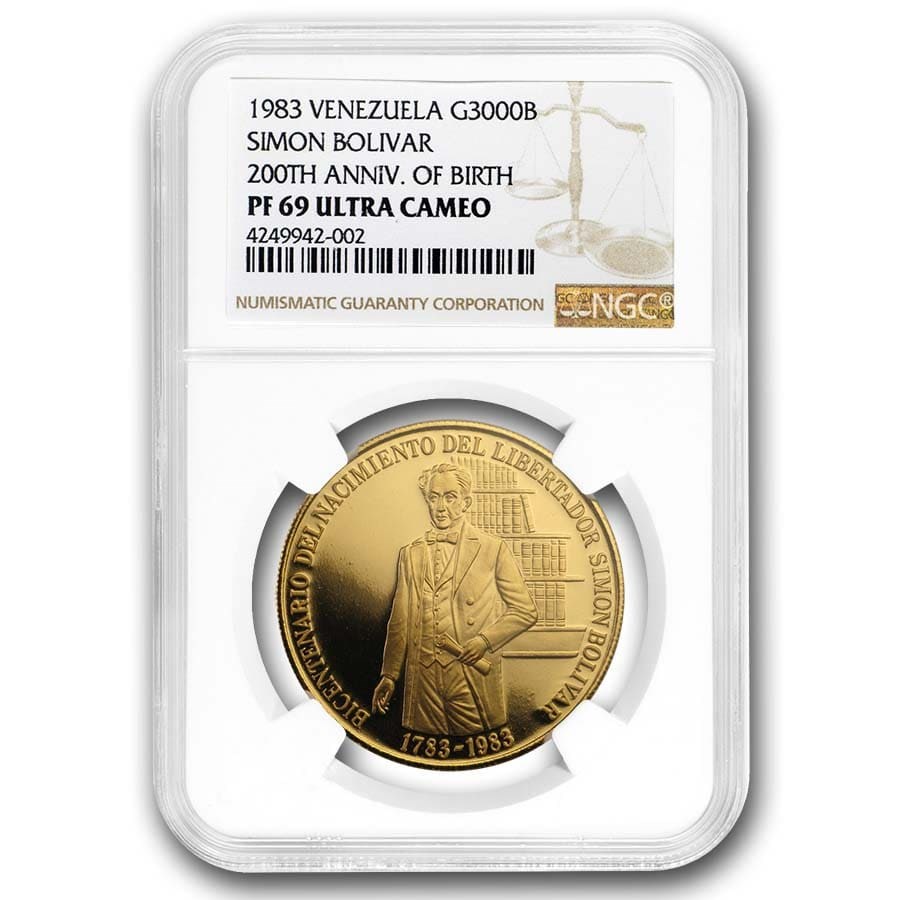 Your purchase will match the quality of the product shown.
Product Details
Product Details
This coin was issued by Venezuela to commemorate the 200th anniversary of the birth of Simon Bolivar. This rarely offered coin has been graded Proof-69 Ultra Cameo by NGC.

Coin Highlights:
Protect and display your coin in style by adding an attractive presentation box recommended for this coin.